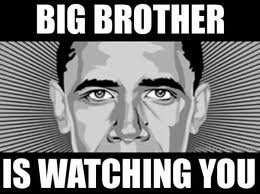 Dave is talented beyond belief and a major factor in my personal success and the success of The Black Sphere team. Here is Dave’s take:

“I would love to know what’s being said in the sanctum sanctorii of leftists across the country today about this. Our government has an INSATIABLE appetite for data, on EVERYONE. They protest their innocence by saying they aren’t actually LISTENING to these calls, only collecting phone numbers, time of call, length of call, etc.

How many future Republican candidacies will turn on whether or not there was a secret girlfriend, even if that relationship was over long before the candidate filed for an election?

How many families and marriages will be wrecked by the use of this data at the “right time”?

How many future Republican candidates, donors or volunteers will find that the record of their lives, one they assumed was PRIVATE, will now be waved around in public? All sorts of weighty questions implicated, people from the past being yanked miserably into the future to answer for things they might not even remember, and most of all, a tiny few facts like phone records being used to imply a great number of UNTRUTHS– but the untruths cannot be proven untrue?

THIS IS STALINISM. If you don’t know how Stalin did it, READ YOUR HISTORY. I promise you, nothing but bad news awaits anyone who opposes the sitting government, or the party of the sitting bureaucracy, when they have this much access to the conduct of your personal life.

The left used to protest against this kind of tyrannical behavior. Now, crickets. They used to be dead set on “bringing down the Man”, “speaking truth to power”. Now, the left IS power. They ARE the Man.

Any true liberals still out there to protest against them? ANYONE?

Stalin’s back. Or worse. Stalin never had computers, to keep databases or analyze them for patterns. ”