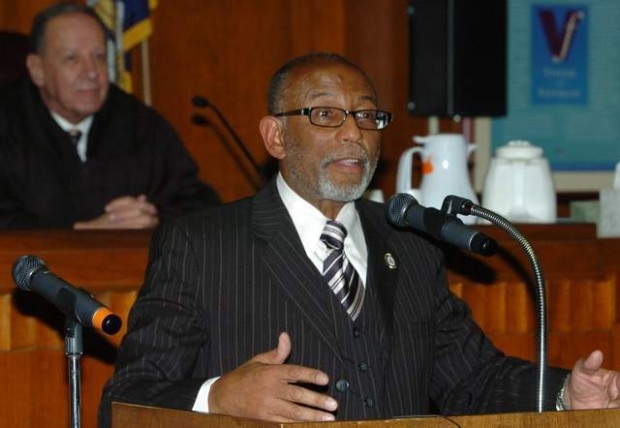 Senator Guillory, of Opelousas, LA,  is now the FIRST black Republican senator in Louisiana since Reconstruction (1865-1877)!

Mr. Guillory was originally a Republican, but switched to Democrat to run for office in 2007–the district he represented was a huge majority Democrat district. But now, Guillory says he can no longer remain a Democrat, that the party has left him and other social conservatives behind.

The historic announcement was made upon receipt of the Frederick Douglass Award at the @Large Conference–a national conference of black conservative leaders in Baton Rouge.

As of this day, I join Frederick Douglass as a Republican. Today the party of disappointment has moved away from the majority of Louisiana. They have moved away from traditional values of most Americans. They have left us behind on crucial issues like abortion, vouchers, Second Amendment rights, union control of public jobs, school prayer, family issues.

Their support of dependency over self-reliance, of everything but traditional marriage, of abortion on demand, their policies have encouraged the high teen birth rates, high school drop out rates, high incarceration rates and very high unemployment rates.

Our self-initiative and self-reliance are sacrificed in exchange for votes for the party of disappointment.

The list of disappointments is long…the lies and cover-up at Benghazi, the IRS harassing the tea party and wiretapping and spying on reporters.

His old party is not pleased, as noted by The Advocate reporter, Marsha Shuler:

Handwerk called on Guillory to resign his Senate seat “since he has chosen to abandon the Democratic Party values that the voters elected him to represent.” He said Guillory is aligning himself with the party that has stood with Gov. Bobby Jindal’s “failed policies and against working families in Acadiana.” He said Louisiana Republicans have opposed equal pay for women and expansion of Medicaid to cover more of the state’s uninsured.

Guillory made note that the Republicans helped LBJ pass the 1965 Civil Rights Act over the rigid protest of Southern Democrats, and that under Richard Nixon doors were opened to blacks in higher education and government contracting.

How refreshing to have a politician opt for principals and challenge the Democrat strangle-hold on the black voting block. This nation was founded on principles, not race. Our founding document espouses the God-given rights of “all men” and Louisiana State Senator Elbert Guillory has made a historic move predicated upon and in support of the Constitution and its Bill of Rights.