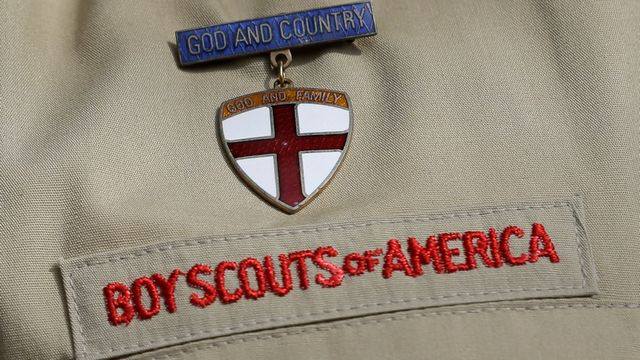 The dust has scarcely settled from the Boy Scouts of America’s landmark vote to allow openly gay young men and boys to participate in scouting, yet already another controversy is brewing with parents and churches caught up in the crossfire.

Nationwide, congregations and families are coming to terms with the BSA policy change. In an effort to remain strong in their biblical convictions, many are being forced to cut ties with the BSA despite years of financial support and mutual trust.

But in doing so, their decision to withdraw support of the nation’s largest scouting organization has come under scrutiny by the liberal media and the leftwing blogosphere. Just days following the vote, Atlanta-area pastor Ernest Easley made national news when he advised his parishioners to cut all ties with BSA.

“I never dreamed I’d have to stand up publicly and say to parents: Pull your kids out of the Boy Scouts,” Easley told the Baptist Press May 28. “If you would have asked me that five years ago, 10 years ago, I would have laughed,” Easley said. “And even as I was saying it Sunday morning, I thought, I cannot believe I’m having to address this and encourage parents to pull their children out of the Boy Scouts of America.”

Louisville’s largest church, Southeast Christian Church, also made headlines when they cut ties with the Boy Scouts after the national organization decided to drop its ban on gay youth.

“We want everyone, including ourselves, to live by biblical standards,” said the Executive Pastor Tim Hester. “Truly for us it’s a logical decision … We cannot be distracted from the mission God has called us to.”

The BSA policy change is a sad reality that parents too must come to terms with. Michael Woodward, whose eleven year old son suffers from Asperger’s Syndrome and is particularly vulnerable to outside influences, has also decided to withdraw his support of BSA.

“I cannot have my son say the Scout oath “…to keep myself morally straight…knowing that the Scout’s definition of that is now in direct contradiction to God’s definition. I cannot risk having my Asperger son led by a role model that is in fact immoral. He would follow.”

So as parents and pastors make the hard choice to cut ties with BSA on account of their new policy, the liberal media has transferred their accusations of bigotry and intolerance from the BSA to its outgoing members and sponsors. Even before making a final decision at this summer’s annual convention, the Southern Baptist Convention has come under attack by those on the left for indicating that they will recommend for its 47,000 churches to pull away from BSA.

Whispers of litigation against these churches have already spurred non-profit legal foundations like Liberty Institute to take up potential lawsuits that are sure to come down the pike. It’s unfortunate that these institutions are being drawn into an ideological fight that they didn’t start nor go looking for.

Churches, families and the Scouts themselves are what some might consider collateral damage of a decade-long battle waged by the LGBT organizations against the BSA to impose their morality on a non-government entity. And thanks to a compliant media, clearly in the LGBT camp, these institutions must fend off accusations of intolerance and bigotry while trying to stand strong in their biblical convictions.

“We hoped to keep sex and politics out of Scouting,” lamented John Stemberger, a lifelong Scout with two sons in scouting, now leading the fight to start a new scouting chapter in defiance of the adopted policy. Unfortunately the LGBT community and the liberal media had other plans.

Sadly, it’s the parents and churches that must unravel this messy BSA policy and tenaciously step through the landmine of media scrutiny as they seek to live biblically in an increasingly anti-Christian society.