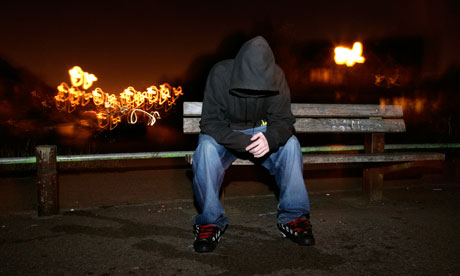 There is a real race war in America: a race war between Mexicans and blacks.

What’s not being reported is the amount of gang violence between blacks and Mexicans, and the carnage being suffered by ordinary citizens…right under Maxine Waters’ nose.

According to the Examiner:

On Friday, Los Angeles County Sheriff’s deputies arrested Compton Varrio 155 gang members Jeffrey Aguilar, 19, and Efren Marquez, 21, as well as a juvenile. All three have reportedly been engaged in a campaign of violence and intimidation against a black family who moved into Compton last month.All three are facing hate crimes charges.

Marquez allegedly held the victim at gunpoint while Aguilar beat the man with a metal pipe, according to detectives.

The suspects, along with dozens of others returned on a daily basis to intimidate the family.

And this is not new. As the LA Times reported a while back…

Federal authorities have alleged in several indictments in the last decade that the Mexican Mafia prison gang has ordered street gangs under its control to attack African Americans. Leaders of the Azusa 13 gang were sentenced to lengthy prison terms earlier this month for leading a policy of attacking African American residents and expelling them from the town.

Similar attacks have taken place in Harbor Gateway, Highland Park, Pacoima, San Bernardino, Canoga Park and Wilmington, among other places. In the Compton case, sheriff’s officials say the gang appears to have been acting on its own initiative.”

Makes you wonder why the Congressional Black Caucus is not fighting harder against trespassing, i.e. illegal aliens being allowed to swarm the country.