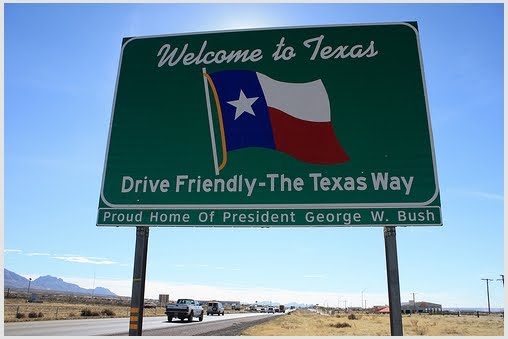 The South may have indeed won the Civil War — at least economically!

As the Daily Beast reports:

One hundred and fifty years after twin defeats at Gettysburg and Vicksburg destroyed the South’s quest for independence, the region is again on the rise.

People and jobs are flowing there, and Northerners are perplexed by the resurgence of America’s home of the ignorant, the obese, the prejudiced and exploited, the religious and the undereducated.

Responding to new census data showing the Lone Star State is now home to eight of America’s 15 fastest-growing cities, Gawker asked: “What is it that makes Texas so attractive? Is it the prisons? The racism? The deadly weather? The deadly animals? The deadly crime? The deadly political leadership? The costumed sex fetish conventions? The cannibal necromancers?”

My guess it’s the lack of bigoted, racist Liberals!

I suggest Liberals begin asking themselves, “If Liberalism is so good, why do people keep LEAVING IT!?”

The good news for Liberals is like most parasites, they eventually find the next host, so Texas doesn’t have long to spike the football.

But at least for now Texas does have bragging rights over the imploding Liberal enclaves of Californicate and Taxachussetts.