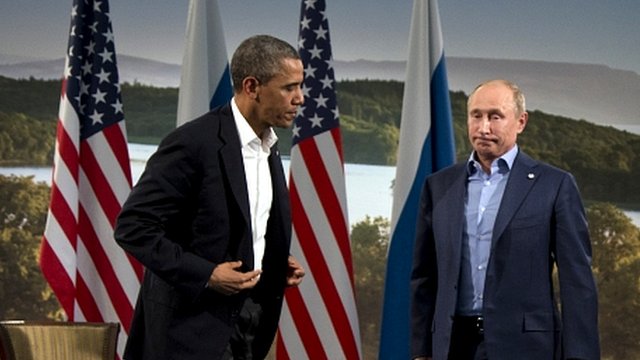 It seems like just yesterday that Barack Obama sent a message to Vladimir Putin, via outgoing President Dmitry Medvedev, that after the 2012 election he’d have “more flexibility.”

A year and a half after Obama sent that message, Putin found out what America is coming to realize: nothing Barack Obama says means anything.  If Obama said he’d have “more flexibility,” the Russians should have expected unwavering rigidity.

Putin’s revelation started at the G8 summit in Ireland, where the two leaders “butted heads” over Syria.  Russia is Assad’s main weapons supplier; that’s why Putin is not pleased with the Obama policy of agreeing to arm rebel forces in Syria with U.S. weapons, or the plan to send another $300 million in aid for Syrian refugees.

When discussing Syria in two-hour talks, neither Putin nor Mr. Flexible would budge. But then again, Putin shouldn’t have had to budge, because he wasn’t the one who bragged about being flexible.