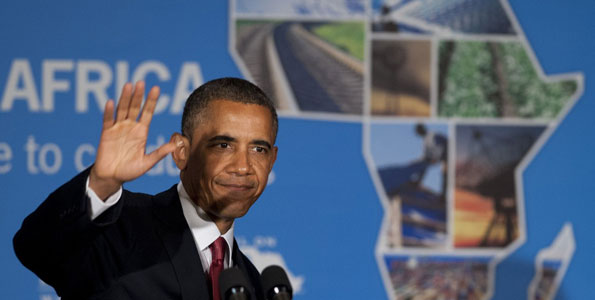 Let’s face it — Barack Obama is one helluva talker.

While in the process of “fundamentally transforming” the United States onto the path of impoverished Africa, he spent a lot of time on his $100 million expedition lecturing the African people to — among many other things — be wary of leaders that bear a striking resemblance to himself.

Prior to packing up Air Force One like it was the family station wagon with the wife, kids and in-laws for the return flight home, Obama spent the last few days in Africa doling out advice he himself should be taking.

The president even defended the United States against charges of “meddling.” Obama recognizes that, unlike America where he alone decides what’s good for everyone, only Africans can decide what’s good for Africa.

The president accused leaders who charge the U.S. with meddling in Africa’s affairs of employing a tactic he’s noted for, which is changing the subject to distract from other “abuses.”