According to Lonigan’s owner, Debbie Callahan, the doors were open at 9 PM, Thursday, July 18th, because the bar has no air conditioning.

Estes Park resident Daniel Lyell spotted it happening and sought to warn unsuspecting patrons inside: “I tried to holler, ‘Bear!’ so people could hear me. They were oblivious. He kept wandering up to the middle bar where all the patrons were”

The furry, four-legged customer sauntered in apparently looking for a picnic basket, but was bounced by a man who works at a local Comfort Inn and spied the bar-hopping bear.

No one was injured. No word on any pending PETA grievances over black bear discrimination. 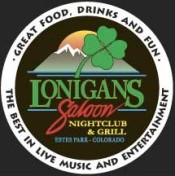