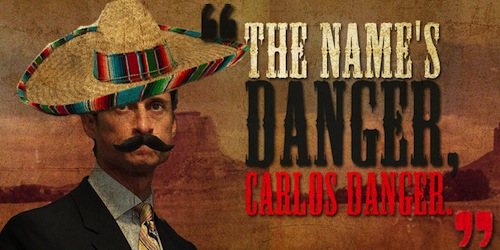 Just a few weeks after carrying the biggest flag in the Gay Pride parade, Anthony Weiner’s (aka Carlos Danger) wienermobile is about to come to a screeching halt.

Again.  Seems that even after getting caught, the man who aspires to be New York City’s mayor cannot control the urge to snap iPhone pictures of his genitalia and dispatch them for the viewing pleasure of women who are just as twisted as he is.

For the second time, an anonymous young lady friend, now identified as “Sydney Leathers,” claims to have exchanged lewd photos and raunchy phone calls with the mayoral hopeful – not before, but after he resigned in disgrace in 2011.

The self-described “progressive activist from Indiana,” who was 22 at the time her relationship with Weiner started, told Nik Ritchie of the website The Dirty that the impassioned cyber-duo “had a relationship for six months, and she believed they were in love.”

The woman, supposedly looking for help, submitted a photo to the gossip site, which was more than happy to publish Weiner’s self-portrait. The bony feet featured…