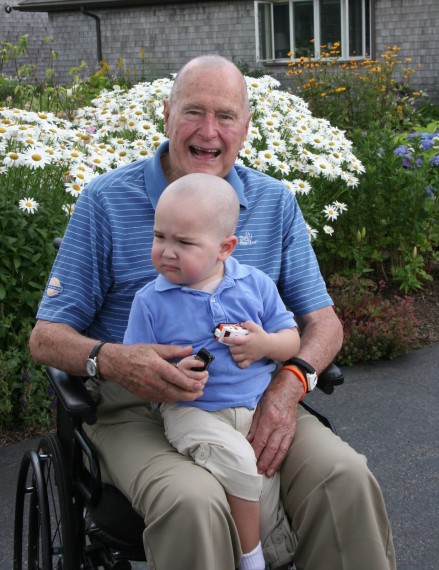 George H. W. Bush did not do everything right as president, but let there be no doubt: he is a man of tremendous character with a giant’s heart.

Economics aside for a moment, the former president garners respect and great affection with those on both sides of the political aisle.

But George H. W. Bush also elicits the love and fierce devotion of his secret service detail, and this photo goes a long way in explaining that affection.

Our little guy received some high-powered support this week when President George Bush 41 volunteered to shave his head to show his support for Patrick and Patrick’s Pals.

Members of his Secret Service detail have also been shaving their heads this week in solidarity.

President George H.W. Bush has shaved his head in solidarity with a sick little boy.

Patrick, aged two, has leukemia. Patrick’s dad, Jon, is a longtime member of Bush’s Secret Service detail. The little guy’s hair has fallen out from his treatment and the agents from the detail and the man they protect have shaved their heads in solidarity.

This photo of an aging, wide-smiling, former president, and an ailing, sweet toddler, pierces even the hardest of hearts. 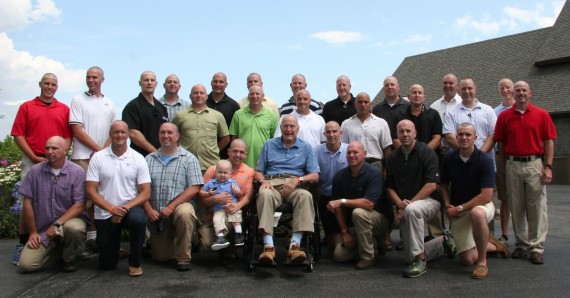 George H. W. Bush may go down in history as one of the greatest US presidents of praise-worthy character.

But to one child, one father, and one Secret Service detail, his worth is beyond measure. He will forever be known as the man who thought little of his own pride in the face of a child’s suffering and illness.

Oh for more Commander-In-Chiefs who know the true strength of servant-leadership.