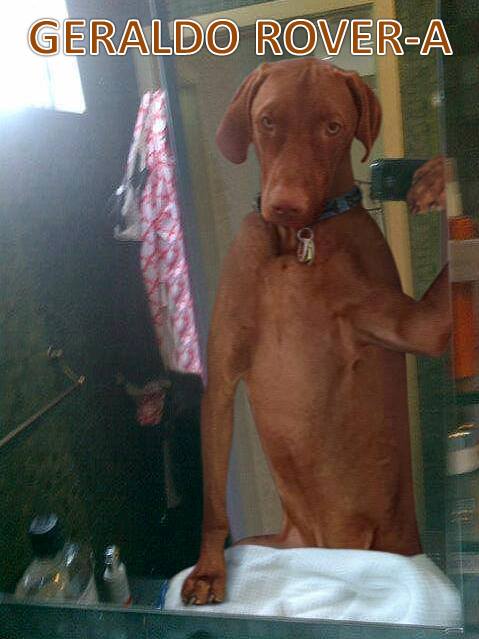 You’d have to be drunk to think that a 70-year old looks good. Sure, at 70 you can look good…FOR YOUR AGE!

Stupid egotistical Liberals with a need to show their naughty bits is par for the course in Bizarro World America. Geraldo dare not wake up his significantly younger significant other, the reason for his obvious narcissism. According to one report I read, she was sleeping. No, she was faking. Wouldn’t you, Ladies?

It’s reported that Geraldo was primping in the bathroom mirror, and decided quite randomly that he look MAHVELOUS! Why not share his delusion with his fans? Because many septuagenarians take almost nude pictures of themselves in the mirror…like 14-year old teenagers.

What an egomaniac. And now Geraldo is trying to save his job by saying he was drunk and lonely. Nice try, G-string, but it’s impossible for Geraldo to be lonely, when he has all of himself all to himself all the time.

Further, why hasn’t Geraldo retired? Watching him on TV is like watching a 70-year old punch drunk–pardon the pun–boxer, who refuses to retire.

Geraldo thinks we didn’t know he was drunk, but it was obvious; and has been for some time. Geraldo stays in a drunken stupor, or why else would he sport that same look for decades, when he should have done a makeover 40+ years ago. Welcome to the New Millennium, Yosemite Sam.

Further, Geraldo’s silly Liberal ideas remind us every time he speaks that he is a more than a few cans into that 24-pak .

Conservatives have been waiting for Geraldo to sober up and join the REAL world, and we thought that Fox News would provide the needed intervention. Apparently not.