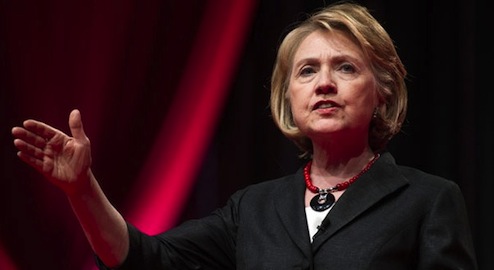 Hillary Clinton’s speech at the African American Delta Sigma Theta Sorority is the latest installment in the never-ending pander-fest which is the Democrat party and its politics of “Power and Party First, Country Be Damned”.

This shameless career politician has no problem with a double standard as long as it serves her political interests. Her position, as evidenced in her infamous quote of “What Difference At This Point Does it Make?” was an effort to portray as insignificant, outdated and frivolous a legitimate investigation into her actions regarding the attacks on September 11, 2012.

This investigation includes questions regarding her secretive and possibly deceptive role in a cover-up or possible direct involvement in the deaths of four Americans in Benghazi.

The verdict, in apparent conflict with the intentions of those partisan race baiters and vendors of civil discourse, cannot be allowed to go unchallenged by the democrats. If they can’t make a campaign vehicle out of George Zimmerman one way, they’ll dispatch their hacks in the Federal branch to step in and take over.