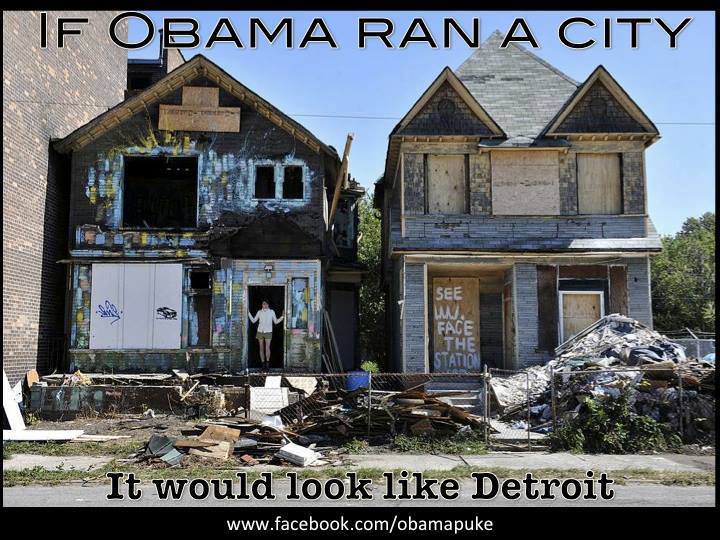 Obama pontificates and declares that the economy is fine. The economy is on the rebound. Jobs are increasing, healthcare is spiffy.

Meanwhile, Americans everywhere scratch their heads and ask, “How long DO the effects of ‘choom’ last? Are the pot-induced delusions permanent?”

Because, with Obama getting behind Solyndra (epic fail) and the Chevy Volt (also epic fail), it seems the ONLY thing Barry can bat 1000 on is big, fat failures!

Which is why, if Obama ran a city it WOULD look exactly like Detroit!