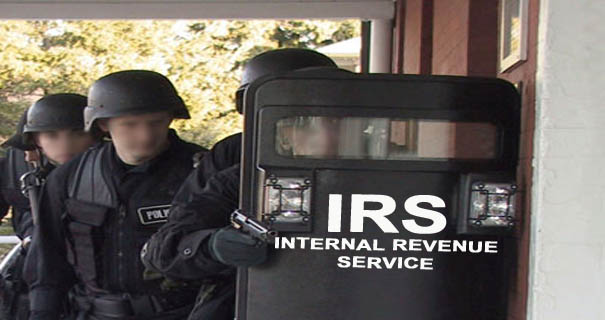 If you want to know why the IRS will never be disbanded for a simpler tax system, even when found to be intimidating citizens, here is your answer. The Internal Revenue Service includes an estimated 106,000 agents and employees, and the Treasury Department allocated $11.522 billion to the agency for operations in 2009.

ObamaCare will expand the agency further, as the IRS is expected to hire from 11,800 to 16,500 new agents. This could take the IRS to over 122,000 agents once ObamaCare is officially implemented.

According to the Family Research Counsel, the IRS has more agents than the German (62,279), Spanish (75,000) and Canadian (68,250) armies. You should note that the IRS has it’s own SWAT team and Intelligence unit. This is the group who admitted to tormenting conservatives groups and individuals.