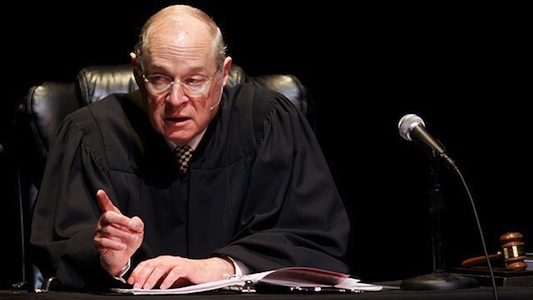 In what will be remembered as one of the most dishonest rulings handed down, the Supreme Court ruled that the federal government has to recognize same-sex unions as marriage in states where they have done so.

They also punted on California’s Proposition 8 on standing issues, refusing to rule on the merits of the case. In these two decisions, they have paved the way for people to pretend that same-sex unions are marriage. In the case rejecting Section 3 of the Defense of Marriage Act, Justice Anthony Kennedy wrote the majority opinion and it reads like a press release for gay advocacy group rather than a Supreme Court opinion.

This fact was not lost on Justice Antonin Scalia, who torched Justice Kennedy’s “logic” in his dissent. Nor was it lost on radio hosts Rush Limbaugh and Sean Hannity, both of who took time during their broadcasts to read from Scalia’s dissent on Wednesday when it was handed down.

Justice Kennedy, in his majority opinion for the Court, essentially said that we shall have “gay marriage” because there is no good faith reason to oppose it.