[Per request, this post has been updated with commentary and pictures]

As Kevin Jackson quipped, “The TOLERANT Left didn’t send the memo to the Lesbians?”

Why is it called “Gay Pride Week”? Is this behavior to be proud of?

Two men, both clean cut and quiet, one holding a sign, one wearing a t-shirt with the words “Trust Jesus” and holding a Bible, were present at the public event. 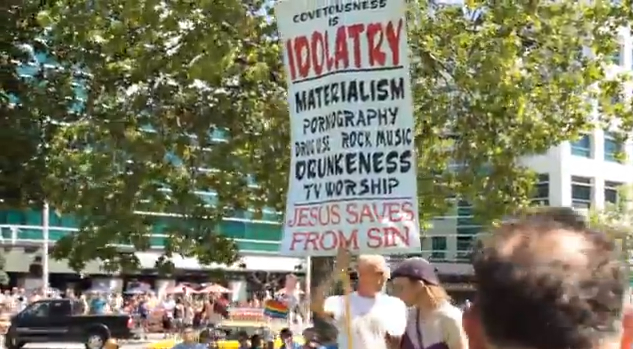 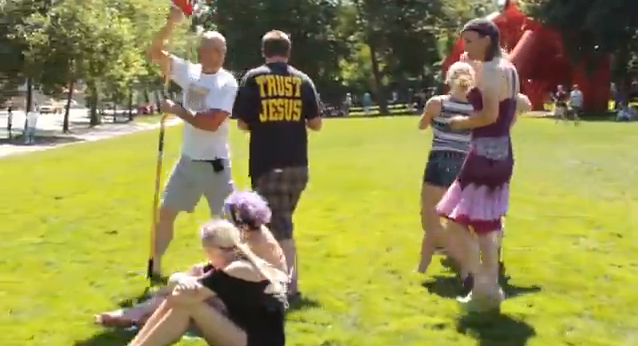 The person who filmed the event (id Rogue Reflections on YouTube) noted:

While photographing this event, I witnessed a growing anger from some of the crowd, towards the preachers. All of a sudden a few members in the crowd attacked the street preachers. I switched to video to document the incident.

I DO NOT condone what the attackers did. While I don’t agree with these preachers, it is their Constitutional right to be in public and preach.

I think it is tragic that some of the people who justifiably want tolerance in their life, deny that same tolerance to others. I commend the responding Seattle PD Officers for the professional way they handled this situation. The main aggressor was arrested.

On a side note: I think it is a testament to the assailants and aggressors that the Seattle PD removes a PBR can and some liquor bottle from the top of the baby buggy this woman has her children in. Where were those children while their caretakers were beating innocent people up? 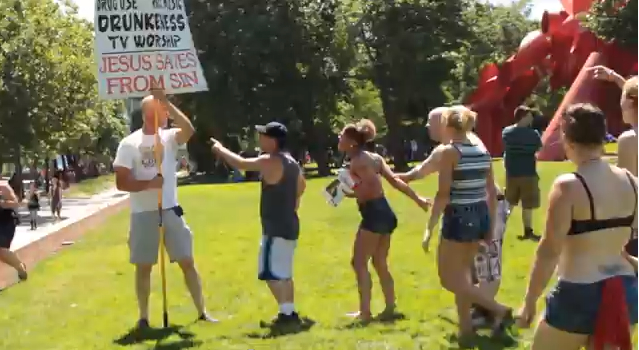 Eventually, a group of men rushed the man holding the sign and one of the crowd, the bald, bare-bellied, rotund man began hitting the sign holder. The man in the Trust Jesus shirt rushed to pull the assailant off his preacher friend. 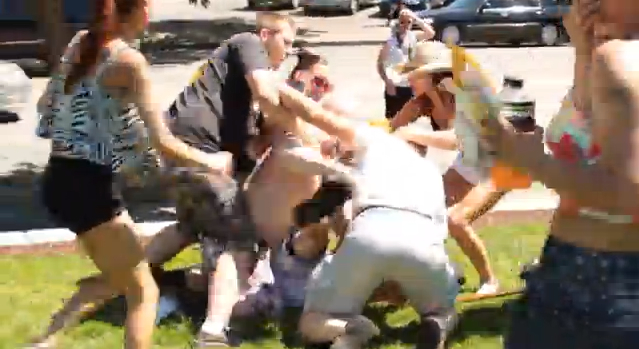 Finally, the police came, ascertained the situation, asked the sign holder if he was okay. Thanks to the eye witness accounts and video, the chief assailant was arrested. 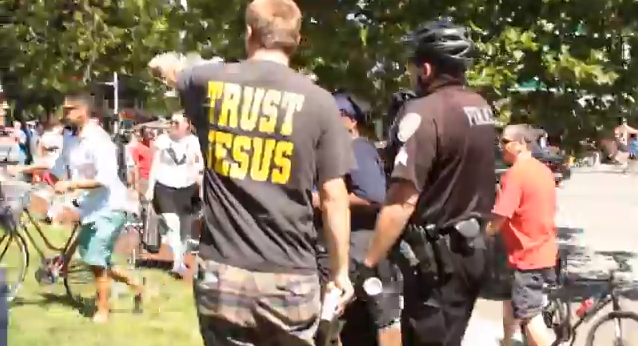 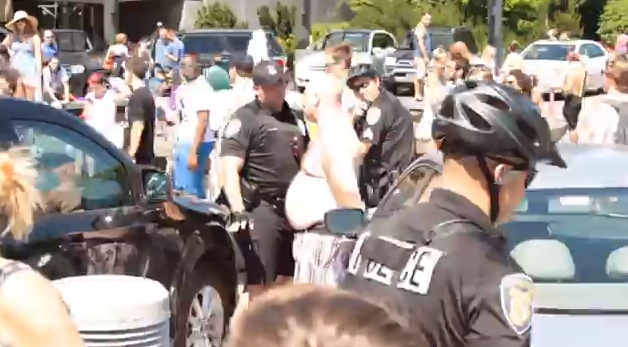 For what it’s worth, those “Pride People,” who say they only want tolerance, were completely intolerant, and profane. Shouting vile things at the 2 quiet and orderly Christian men…the f-bomb being used dozens of times in a matter of mere minutes.

…as it was in the days of Noah…