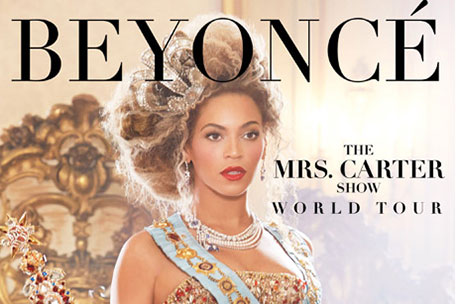 The sizzling temperatures are not the only things turning the heat up all over America.

Yet as racial unrest, IRS controversies and other scandals continue to rage, it seems nothing can prevent Mrs. Obama from squeezing every last ounce of summer vacation fun out of June, July and August.

In Ireland it was a $4,000 per-night stay in the Princess Grace Suite at the Shelbourne Hotel in Dublin, an African adventure in the beginning of July, and now, mid-month, the First Lady and the girls accompanied by 20 “friends” gassed up the People’s Plane and flew to Chicago to take in yet another Beyoncé concert.

And all that is just an appetizer for the “extended vacation” plans the Obama women have for Martha’s Vineyard in August.

Nevertheless, while Rihanna, whose boyfriend Chris Brown has been known to rough her up, was storming off the stage after being pelted with potato chips in the UK, Mrs. Jay-Z Carter was performing for American royalty in the Obama hometown of Chicago.

Read my full article at Breitbart.