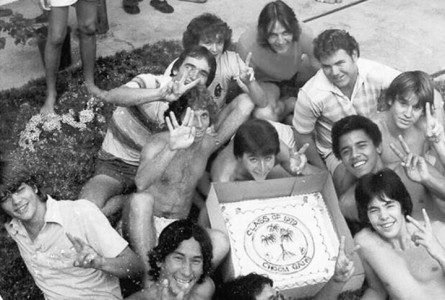 The idea of a president of the United States saying, “If I had a son, he would look like Trayvon” is ridiculous.

But leave it to Barack “I Need Street Cred” Obama to actually pretend that he could have BEEN Trayvon. The kid who grew up with more white people around him than Mitt Romney.

For you naysayers, I dare you to find pictures of Obama with more blacks around him than whites, until he hit the mean streets of Chicago. By then, he had faked his blackness, and been adopted by communists who knew that the half-black articulate and clean non-threatening black man needed to appear to be from the hood.

In his “I am Trayvon” press conference, Obama had the opportunity to be a leader. However, instead of showing leadership in the aftermath of the Zimmerman verdict and steering young black kids away from the behavior that got Trayvon killed, Obama said he could have actually BEEN a young street thug, ignorant girlfriend included.

What white president would speak out of the death of some white trash punk…wait…besides Jimmy Carter?

Would Bush adopt Timothy McVeigh and speak of the angst that white people feel? Would he then hold an “impromptu” presser in order to say, “35 years ago, I could have blown up a federal building?” Would he ask for nationwide vigils to be held in honor of said punk?

Obama showcased the leadership of a moron, instead of calling the death of Trayvon Martin what it is…a tragedy.

But you want to know the real tragedy? 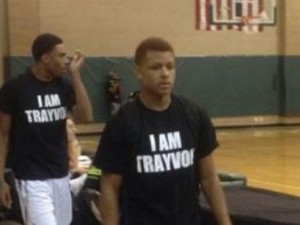 The real tragedy is that Trayvon could be baited into some homophobic fit of rage by his–as Piers Morgan called her–very intelligent girlfriend.

Obama could have put his disdain for America aside and helped Liberal blacks to see the real lesson:

Treat everyone as if they have a gun, and life is much simpler. As the saying goes, “God made all men, Colt made them all equal.”

If Obama really wants the world to be fair, taking away their guns and inciting racial violence is not the way to go.