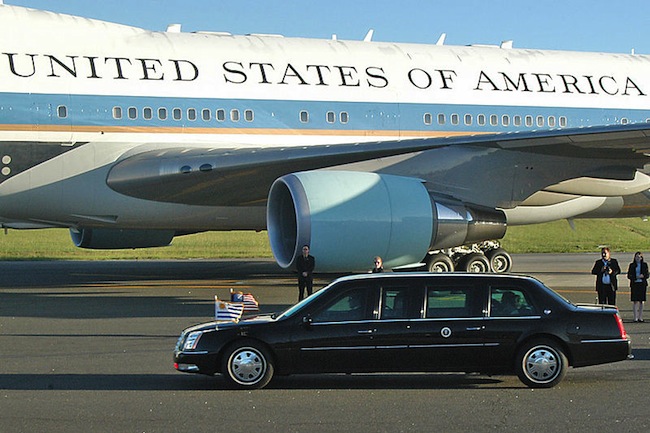 Barack “Colossal Carbon Footprint” Obama ratcheted up the hypocrisy another notch on his $100 million, cargo-plane-polluting excursion to sub-Saharan Africa.

While Mr. and Mrs. G.W. Bush were in Zambia renovating a cervical cancer screening clinic, Barack was announcing his Power Africa energy initiative.

Power Africa includes the distribution of Soccket soccer balls that create and store kinetic energy during play. After the balls are kicked around a bit, they can be taken home to the grass hut to plug in a lamp in hopes that grateful Africans will use the light to look at pictures of their hero Barack Obama, who plans to invest $7 billion in energy access programs he approves of in Tanzania and across Africa.

But wait! The African people shouldn’t get all excited, because when the president was speaking in Johannesburg, South Africa at a town hall function, his lofty plan to bring dependable energy to the second largest continent on the planet came with an interesting caveat.