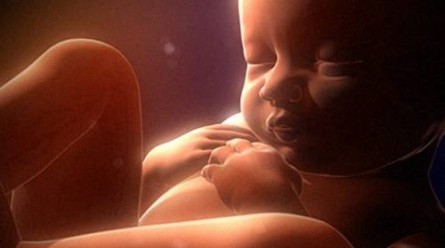 Last week, I wrote an article about abortion and how it is wrong. This week, I want to be a little more specific than I was last week.

And by specific, I mean broad. You see, my position on abortion is what many would consider “extreme.”  There is no time, no place and no circumstance in which abortion is acceptable.

For the more liberally-minded among you, you are probably wondering, “No rape exception?  What is he, insane?”

For the more conservatively-minded, you might be thinking, “You’ll never convince anyone to become pro-life if you aren’t willing to give a little.”

In order to explain this further, I’m going to list off the various “forms/types” of abortion and give my argument for why I oppose each.

These abortions are likely what people think of first when the topic comes up, being the most common.  Generally, I hear these abortions justified by several arguments, which I touched on briefly in the last article.

One argument is the viability of the fetus/baby.  In other words, because it is too small and cannot survive on its own, aborting is justified.  Others claim (in an argument tied into viability) that because the baby cannot feel pain or lacks a detectable heartbeat, aborting it is, again, justified.  The most prevalent argument is the “choice” argument itself, where abortion proponents argue that a woman can choose to do what she wishes with her own body.

The first two arguments tie into a much bigger question: when does life begin?  Put differently, when does the fetus become a baby?  Personally, I believe that the fetus is always a baby, from conception forward, for three reasons.

One: The fetus is made of living tissue; at no point is it inert or dead.  That makes it alive.  Viability is irrelevant when it is accepted as alive.  It is dependent, yes, but dependency does not justify killing the innocent. According to that logic, we could arbitrarily murder millions of people who are dependent on the government.

Many pro-abortionists betray their dehumanizing of the baby with this argument. The worst of them will compare the child to a parasite, giving a baby the equivalent moral standing of a fluke or tapeworm. It is a sad reflection on society when humanity can be so effortlessly reduced to something so meaningless by some relativists.

Two: On conception, the fetus has a fully replicable human genome.  Otherwise, the fetus/baby would never be able to develop further.  Again, this is evidence that it is alive.  It does not stop being human merely because it is microscopic.  We were all at this stage once.  Would you, my reader, say that your life has so little value that you should be exterminated?  You meet both of those criteria (living tissue and unique DNA) now, just as you did pre-birth.

Three: From a perspective of faith, there is a particular verse which is vitally important to understanding the importance and value of life.  In Jeremiah 1:5, God tells Jeremiah “Before I formed you in the womb I knew you; Before you were born I sanctified you; I ordained you a prophet to the nations’ (emphasis mine).”

This verse tells me all I need to know.  First, I know there is a life beyond the physical, that we have immortal souls.  Not only that, but this verse also tells us that God has a plan for our lives, whether we choose to follow it or not.

When you have faith, there is undeniable confirmation that our lives hold importance long before the day we are conceived and, thus, ending those lives on a whim is unacceptable not only to humans, but to God Himself.

This list, while it does address the life of the unborn child, does not address the final argument I mentioned: “choice.”

I believe that arguing “choice” is the last refuge of the abortion proponent who has failed to convince the opponent of the baby’s lack of person-hood and right to live.  Instead of appealing to the head, this argument appeals to the heart.  It claims that abortion is a woman’s right, that she has the right to do what she wishes with her own body and that curtailing said rights will set back the women’s movement forty years.

This is, however, purely emotional blackmail.  It attempts to guilt the abortion opponent by making him or her think solely of the mother-to-be and not the helpless human being developing inside of her.  The baby is not her own body. Dependent though it may be, it is still a separate being, with unique DNA and every right to live as the rest of us do.

Abortion ultimately is a punishment to the unborn purely for existing.

Next week, I will address the rest of my list, including late-term abortions and the “rape exception.”

Part I: Choosing Life for the Innocent