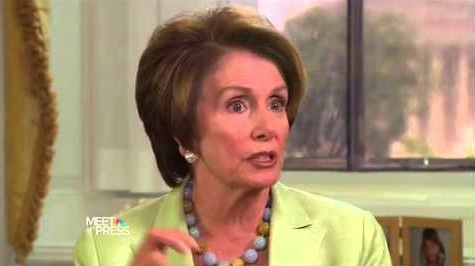 Nancy Pelosi has no qualms about selling out American citizens for the special interest group of mainly Mexican banditos who have infiltrated our country: trespassers.

So what the price tag will be $6.3T according to a study by the Heritage Foundation, as long as Democrats get those much needed votes. It will save them from having to figure out better ways to cheat to win elections.

We are silly to expect the Liberals in Congress to actually protect us from enemies foreign, because most of Congress is our domestic enemy.

And leave it to Pelosi to set the strategy for Republicans that the Democrats WANT from Republicans, when she said in an interview that aired Sunday on Meet the Press:

“I believe that the members of Congress, many more than are directly affected themselves by the number of Hispanics in their district, will do what is right for our country…And it’s certainly right — for the Republicans, if they ever want to win a presidential race.”

Do you really believe that Pelosi cares if the Republicans ever win another presidential race? The way to guarantee that Republicans won’t win is to take Pelosi’s advice.

Every Senator who votes to allow illegal immigration should be tried for treason. Every law that is ignored that allows trespassers to work in this country should result in the offender being jailed. There is a simple way to reform immigration, and that is to enforce our existing immigration laws!

If Pelosi gets her way, she and her ilk will steal the souls of Mexicans, the same way they stole the souls of blacks.