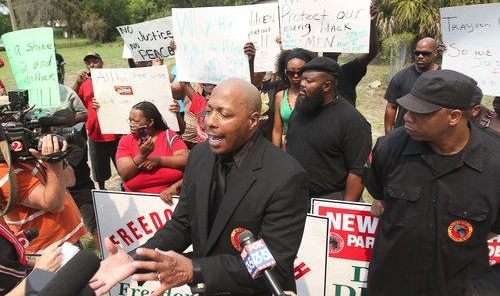 In response to the second degree murder acquittal of George Zimmerman, pro-Trayvon Martin supporters are expressing their displeasure with the verdict by storming shopping malls and pilfering drive-in markets.

The point of the “tear up the city” rallies currently taking place across America is to loudly proclaim that an innocent teenager died because he had a run-in with a trigger-happy racist itching to kill a black boy.

In honor of Trayvon, bands of whipped-up teens are “running in and out of traffic, knocking people over on the sidewalks and snatching their belongings.”

And so, rather than underscore Trayvon’s supposed virtuousness, roving marauders angered over the acquittal are substantiating the validity of Zimmerman’s claim that Trayvon broke his nose, threatened his life, and smashed his head on the sidewalk.

Sadly, as criticism is being directed toward the State of Florida, the duty to quell the anger of those wreaking havoc has taken a back seat to placating the race-baiters and convincing Americans that self-defense is never a viable option.