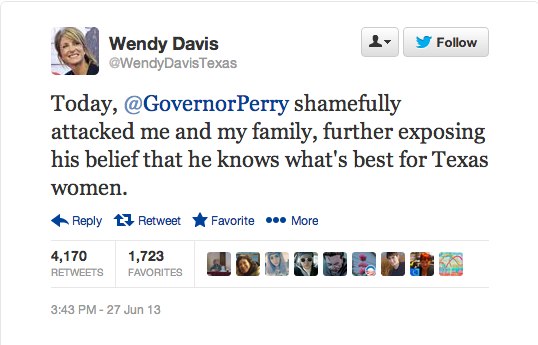 The Governor was speaking at a National Right to Life event, and was making the point that “no life is trivial in God’s eyes.”

Watch the comments and judge for yourself:

“Who are we to say that children born into the worst of circumstances can’t grow to live successful lives?”

Rick Perry did use Wendy Davis as an example of a life born into a difficult situation who achieved greatly. And this is what she calls an attack?