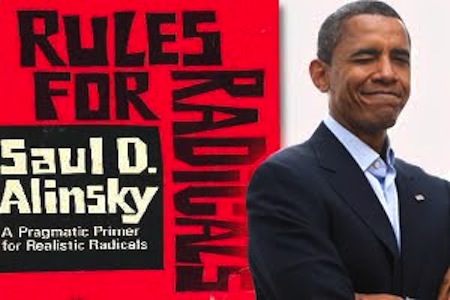 The president has more than proven that he is not a uniter. He is a committed divider.

Jesus said, “If a house is divided against itself, that house cannot stand.”

Hence, try as we might, it’s getting harder to ignore what appears to be a burning desire on Obama’s part to destroy the great and glorious house called America.

With an eye toward stepping in and reorganizing everything from our social and economic structure to the U.S. Constitution, it appears that Obama’s plan to gain control involves stirring up discord and agitating every area of society to the point of near-collapse.

Barack Obama has managed to undermine the nation’s unanimity through the deliberate fostering of racial, political, religious, and class-based conflict. In other words, the President of the United States is actively endeavoring to community-organize America to death.

Chicago-style troublemaker Barack Obama acquired his skill set while nestled close to the pedagogical breast of Rules for Radicals author Saul Alinsky.  It was there that the president was schooled in the fine art of community organizing, and excelled as a top student.