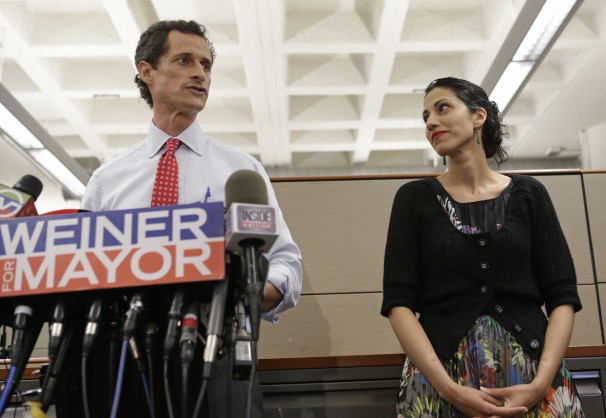 Bill Clinton may have tested the waters, but Wiener has peed in it.

It seems that the powerful in New York don’t want to be burdened with Weiner’s baby.  The latest allegations of sexting, has even the most liberal media in NY speaking out, and the NY Times has demanded that Weiner pull out…of the New York City mayoral race.

“At some point, the full story of Anthony Weiner and his sexual relationships and texting habits will finally be told,” the Times Editorial Board said of the former congressman. “In the meantime, the serially evasive Mr. Weiner should take his marital troubles and personal compulsions out of the public eye, away from cameras, off the Web and out of the race for mayor of New York City.”

This is amazing, given the Liberals’ penchant for forgiveness. If only Weiner had only been a black crackhead politician, perhaps his future would have been more certain, politically speaking.