Not since Lady Thatcher served as British Prime Minister has England given America much to emulate.

The British National Healthcare System, that was shamelessly promoted in last year’s London Olympics, is wrought with wrongful deaths, inadequate medical care and notorious shortages. In 2011, British, French and German leaders consensually admitted that their feeble attempt at institutional multi-culturalism is a dismal failure, wreaking havoc on their nations’ economies at large and individual national identity.

It’s true. Rarely do our friends across the pond give us anything to admire these days. Today, however, was an exception.

Upon waking, Americans were greeted to the buzzing headlines heralding the imminent birth of the royal baby. As one not easily caught up in media frenzy – particularly that of the Royals – even I could not help but be drawn into the excitement of the pending birth. The anticipation and interest by our British friends as they awaited news on the royal baby, was intriguing…and estimable.

This has been a difficult summer for Americans as the mainstream media drags our country through race-baiting commentary and hate-filled divisiveness. How refreshing to awaken to the news that a nation stood waiting expectantly for the announcement that a new life was about to enter the world stage. In the wake of the ugly display of violence demonstrated by the abortion supporters in my home state of Texas last week, the hopeful expectation of a new life was particularly invigorating.

The British got this one right. Even as the most cynical among us mock the English obsession with the Royal Crown, one can’t help but be impressed by the Brit’s ability to elevate seemingly everyday occurrences – like the birth of a baby – to heightened levels of excitement and delight.

But the morning newsfeed from Great Britain was not over. While the announcement that the Duchess of Cambridge had gone into labor was not completely unexpected, the story that followed in fact was.

Asserting that “the darkest corners of the Internet” pose a real threat to children, British Prime Minister David Cameron on Monday rolled out a plan that would, by default, block pornography on most computers, smartphones and tablets.

“I’m not making this speech because I want to (moralize) or scare-monger, but because I feel profoundly as a politician, and as a father, that the time for action has come,” Cameron said. “This is, quite simply, about how we protect our children and their innocence.”

The jury is still out on whether the Prime Minister’s plan will be effective. In all likelihood, it will have about as much success as America’s Eighteenth Amendment. But that might not be the point.

If England and Iceland – both liberal welfare states – are looking to ban internet pornography, isn’t it time that America follows their lead?

It’s a bizarre dichotomy of news stories that emerged from England on Monday morning–the birth of a baby and the ban on pornography. And while on the surface, the two have little in common, in essence, both are very much related.

The intrinsic value of life and the importance of virtue merge to provide a poignant reminder that our freedoms rise and fall on such principles.

As Edmund Burke once said,

“Men of intemperate minds cannot be free. Their passions forge their fetters.”

It’s quite telling and rather ironic that America, whose founders understood that the lack of moral restraint and the selfish desires of the flesh would be our downfall, must now look to the nation from which we declared freedom in order to help save ours. 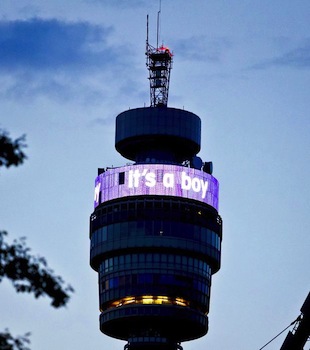