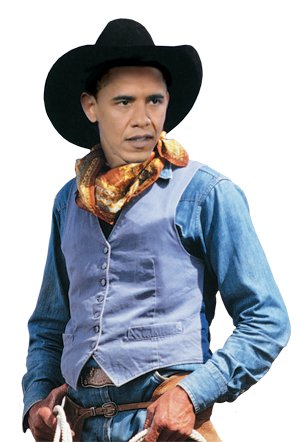 Now that right there is something Barack Obama, who’s fixin’ to make like a modern-day John Wayne and bomb Syria, should contemplate while looking in a mirror.

That’s right – Barack Obama, the man who’s always the “smartest guy in the room,” wants to send a message to Bashar al-Assad by dropping bombs in the Syrian desert. The problem is ‘The Duke’ may have shot himself in the foot instead.

Seems when the president was throwing his weight around by cutting tens of billions of dollars out of the US military budget, he didn’t foresee the possibility of needing to use the US military for something other than holding his umbrella.

Regrettably, for Mr. Go-It-Alone, two days before attempting to spank Syria’s president for using chemical weapons no one is really sure he even used, someone had to tap Barack Obama on the shoulder and interrupt his bravado mid-speech to inform him that, thanks to him, there’s not enough money in the military operating funds to finance his planned show of force.

The only thing funnier than Obama cutting funds and then being short on cash to finance his own war is public schools across America dropping Michelle Obama’s healthy school lunch program and saying it tastes like “vomit.”

Barack Obama’s contempt for the military and “I’ll show them” attitude has come around to bite him on his puffed-up derriere. In turn, as if it were even possible, Obama’s cluelessness has managed to set him up for wider global ridicule.

This is political slapstick at its finest.  As a result, Vladimir Putin can be heard laughing even louder than he was after the G-8 summit.

And why shouldn’t he?  After trying to form a coalition, subjecting British ally David Cameron to a humiliating defeat with his own Parliament, Barry finds out he doesn’t have enough money to finish a fight he picked?

It’s as if big shot Barack asked out a gorgeous woman, took her to a very swanky restaurant, and then had no money in his wallet to pay the bill.

And to make matters worse, the President plans to bomb Syria without the approval of Congress.  Now, if Obama wants to save face, he’ll have to plead for additional money from the very Congress he flipped off with his tough talk.

So, it isn’t lookin’ too good for Hondo.

But all is not lost!  Being the “flexible” pragmatist that he is, if all else fails, on his next trip to some exotic Middle Eastern vacation spot maybe Barack Obama can ask the pilot to fly over Syria so he can drop water balloons from the cargo hold of Air Force One.