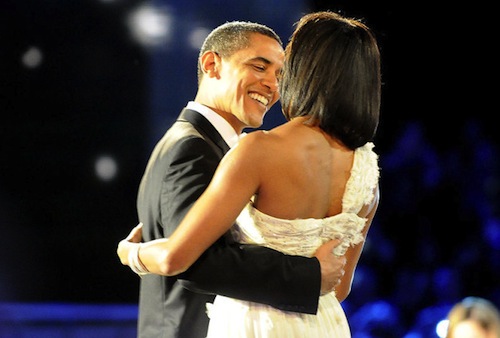 During a recent Amazon Kindle interview and subsequent tour of an Amazon distribution plant in Tennessee, Barack Obama confirmed that, without a doubt, he is totally out of touch with reality.

During the outing, the president revealed a level of disconnect between what he does and what he says which confirms that the man is clueless.

President Obama insisted that, despite living in the lap of luxury, his young impressionable daughters Sasha and Malia remain sensitive to the tremendous financial struggles everyday Americans face.

According to the president, he and his wife Michelle take the time to “constantly remind Malia and Sasha of the slightly unreal environment that they’re in, and that that’s not the norm and they shouldn’t expect [it] to be the norm.”

That is, when they’re not indulging in $4-million vacations, dressing in haute couture, entertaining celebrities, and circumnavigating the globe at taxpayer expense.

Come on now, Mr. President, are you saying your daughters are sensitive to the financial struggles of others because you tell them that their lives are “slightly unreal” and…