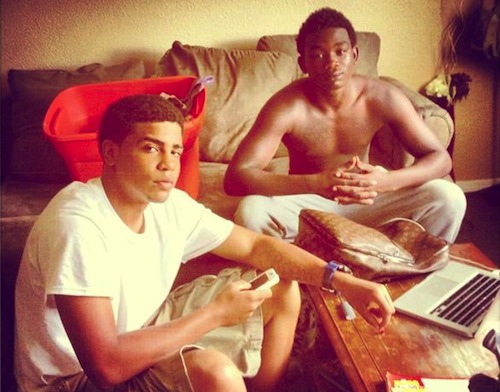 The three black teens who killed the Aussie baseball player because “they were bored” are awaiting the paternity test results.

Maury: “Barack Obama…you ARE the father!”

Barack Obama is the father of the racial hatred that has spread across this country, and guilty whites don’t want to admit it. If Obama had a son, he would have hundreds of thousands of vicious, brutal sons.

And like their “father,” Obama’s sons hate white people.

Obama is unquestionably the most racially divisive president in history, even worse than his racist Democrat peers of the past. In one statement admitting that most people who disagree with him are not racists, but REALISTS, Obama could ease all racial tension.

A modern-day version of the Civil War is being waged, and Obama adds fuel to the war fires. He has had ample opportunity to stop the insane calls of racism in a country that has a black president, more black millionaires, more black businesses, and more opportunities for blacks than anywhere on the planet.

Don’t let the EVIDENCE get in the way of the Leftist meme.

Anybody think Obama will speak out against this type of unnecessary violence being perpetrated by black teens all over the country, using this most recent death of the Australian visitor to our country as an example? Will Obama warn black teens that they too will be held accountable for their actions, and they need to get some “home training?”

If Obama covers the Aussie tourist murder at all, it will  be to make excuses. To remind America of her racist past. To explain the motivation of his three sons.

Because the biggest investment Obama has made, even larger than the national debt, is his investment in racism.

That investment is the hallmark of his presidency, and helps bankroll it.

Further, racism bankrolls every goofy legislative idea Obama comes up with, from amnesty to ObamaCare.