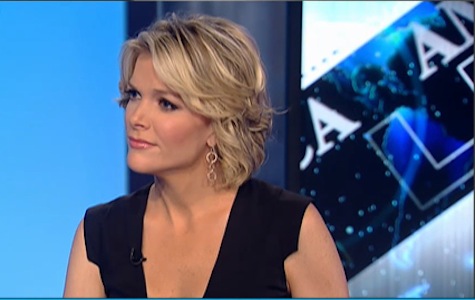 Piers Morgan, another colorless CNN drone, rarely captures my notice. But yesterday he did, mainly because he said “Megyn Kelly”, which *does* tend to get my attention.

Hannity on Fox News Channel has the second-highest rated show in cable TV news, bested only by gas giant Bill O’Reilly, also of FNC. Brit import Piers Morgan is famous for…..um…..???….carrying 1/4 the size audience of Hannity in the same slot?

Like others before him, he occasionally grabs the spotlight by saying spectacularly moronic things. And so it was. Now that Hannity is departing the 9pm slot, making room for Fox anchor and brilliant lawyer, Megyn Kelly, I suppose Piers thought maybe he might grab a little market share. 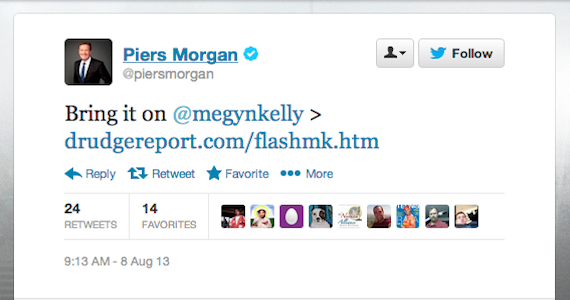 Editor’s note: As a long-time fan of Megyn Kelly, I could not be happier for this lovely lady’s rise in journalism. Megyn’s intellect, melodious voice, gracious temperament and spot-on timing qualify her for the show: Piers’ puny intellect doesn’t even qualify him for the farm leagues. Megyn is proof that good gals don’t finish last. God speed Megyn.