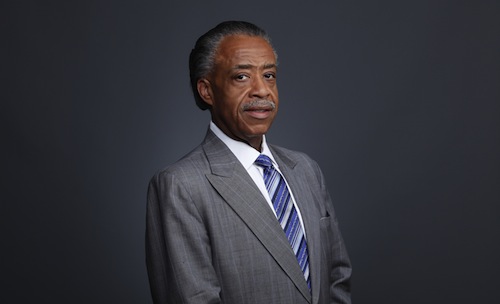 As expected, George Zimmerman’s acquittal was exploited by the usual Grievance Gurus to forward personal agendas.

In buzzard-like fashion, the Grievance Gurus continue to figuratively rip pieces from Trayvon Martin’s carcass to satisfy their insatiable, race-fueled appetites, while ostracizing free-thinking Blacks who avoid the feeding frenzy.

In fact, the President of the NAACP’s Norfolk, Virginia, chapter is facing resignation calls for posting an independent thought about Trayvon that differed from the NAACP franchise’s official position.

“As I look at this George Zimmerman case… I wonder why is it that we are always willing to say someone who clearly had a shaky past, was the victim. Are we blinded about why Trayvon was at his dad’s house in the first place, and why he wasn’t at home at the time he was shot? Please think logically and not racially…”

Undoubtedly, the NAACP (National Association for the Advancement of Complaining People) will persecute him for the treasonous act of placing logic over race. Moreover, he jeopardized their revenue stream, which is based on victimology not responsibility; therefore…off with his head!

Even in Booker T. Washington’s day, when claims of institutional racism had legitimacy, the “Grievance Gurus” exploitative mission was a reality.

“There is a class of colored people who make a business of keeping the troubles, the wrongs, and the hardships of the Negro race before the public. Some of these people do not want the Negro to lose his grievances, because they do not want to lose their jobs. There is a certain class of race-problem solvers who don’t want the patient to get well.”

Sadly, in 2013, as evidenced by the abundance of race-peddling (post Zimmerman verdict), this “certain class of race-problem solvers” are still channeling the long-gone era of institutionalized racism to keep their jobs.

One unintended consequence of this lawful acquittal is that the Grievance Gurus found another platform to maintain their relevancy… the Stand Your Ground Law.

Despite the fact that this law has existed for years without issue, and was mostly invoked by Black Floridians (nearly double the rate of their 16% Florida population), this was simply another opportunity for the Gurus to extend their livelihoods.

“Approximately one third of Florida “Stand Your Ground” claims in fatal cases have been made by black defendants, and they have used the defense successfully 55 percent of the time, at the same rate as the population at large and at a higher rate than white defendants.”

Regardless, the Grievance Gurus will characteristically dismiss any statistic that challenges their race-based narrative as racist.

The Chief Grievance Guru, Al Sharpton, scheduled “Justice for Trayvon” rallies outside Federal buildings across the country. Speaking in NYC, he reinforced to the angry mob, (oops, protestors) that Stand Your Ground invites racial profiling, and even compared its impact to slavery and segregation.

“No doubt, the inclination is to boycott Florida, stop conventions, to isolate Florida as a kind of apartheid state.”

Of course, Attorney General Holder couldn’t avoid the feeding frenzy. However, his overall goal is to disarm law-abiding citizens while empowering criminals.

“Separate and apart from the case that has drawn the nation’s attention, it’s time to question laws that senselessly expand the concept of self-defense and sow dangerous conflict in our neighborhoods.”

Surely, I’m not the only citizen who believes that the Bureau of Justice statistics should be a required read for the head of the Justice department.