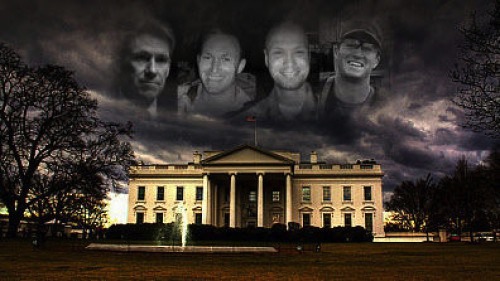 Ahmed Moussa, a prominent Egyptian television personality on the Tahrir TV channel as well as a former officer in Egyptian State Security Intelligence (SSI), went public on July 30 with a remarkable piece of information [concerning the Muslim Brotherhood and Amb. Stevens’ assassin].

The assassin is now present at Rabia Al-Adawiya [mosque protest] His name is, do you know it or you would like me to inform you? He’s affiliated with Al Qaeda in Libya, his name is Mohsen Al-Azazi, his passport was found in the house of Khairat El-Shater.

In the course of this statement, Moussa announced three facts…