Last week Americans, and one Tuffy Gessling, were stunned as the Missouri State Fair Commission voted to ban the Obama mask-wearing clown from performing at the annual state fair. 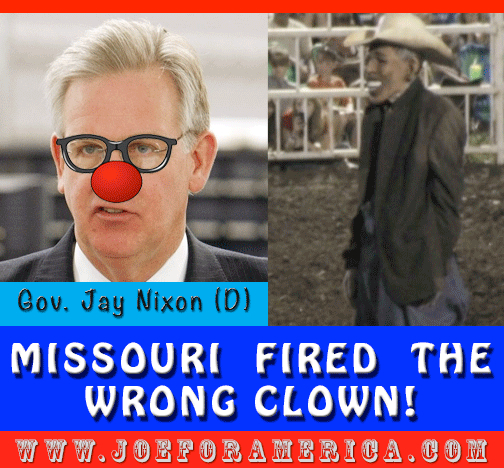 The Commission reiterated that the statements and actions Saturday night were inappropriate and not in keeping with the Fair’s standards. The Missouri State Fair apologizes for the unconscionable stunt.

The Commission said the terms of the MRCA’s contract to facilitate the rodeo at the Missouri State Fair are currently under review to determine additional actions that may be taken.

Never mind that Obama himself had donned an Obama clown mask for an SNL skit in 2007, and never mind that almost every president has had masks and/or caricatures of their likeness.

The severity of the Missouri State Fair Commission decision demonstrates a fear of repercussions akin to the reprisals of Islamists over the Mohammed cartoons. How did America come to this place where a president is revered on par with a prophet? Or feared on par with a dictator?

Contrary to our Pompous President’s self-estimation and the lap-dog media’s POTUS love and adulation, Obama is not God, nor a king: he is the President of the United States and a servant of the American citizens.

And while the office of POTUS deserves great respect, Obama the man has done little in his tenure to earn or maintain our respect…including the inability to laugh at himself and maintain a healthy sense of humor. 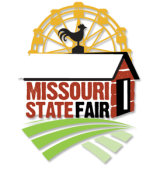 Related:  The Sinister Undertone of Clowngate