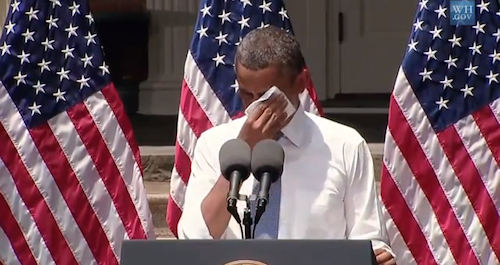 President Obama recently pivoted to the economy for the 13th time during his 55 months in office. In case there was any doubt as to the reason for the pivot, the latest Gallup and Rasmussen polls will eliminate all doubt.

In reading polls, trends are as important as the actual number and for President Obama, the trend is downward

Overall both Gallup and Rasmussen reflect that Presidential approval is moving southward, and has been heading in that direction since his second inaugural just seven months ago. 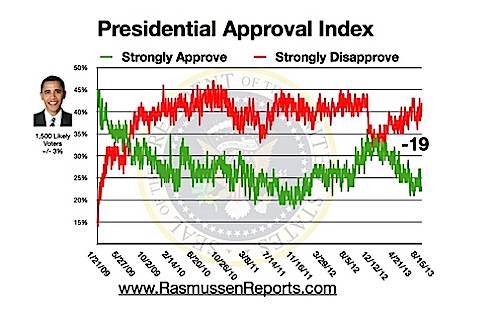 The reason for the overall movement is the lack of confidence in Obama’s handling of key economic-related issues.

Gallup has released a comparison of June/August presidential job ratings for major issues. His approval rating on the economy, now 35%, is down seven percentage points, and his ratings on taxes and the federal budget deficit are each down five points. During the same period, his overall approval rating is down three points (47%-44%)