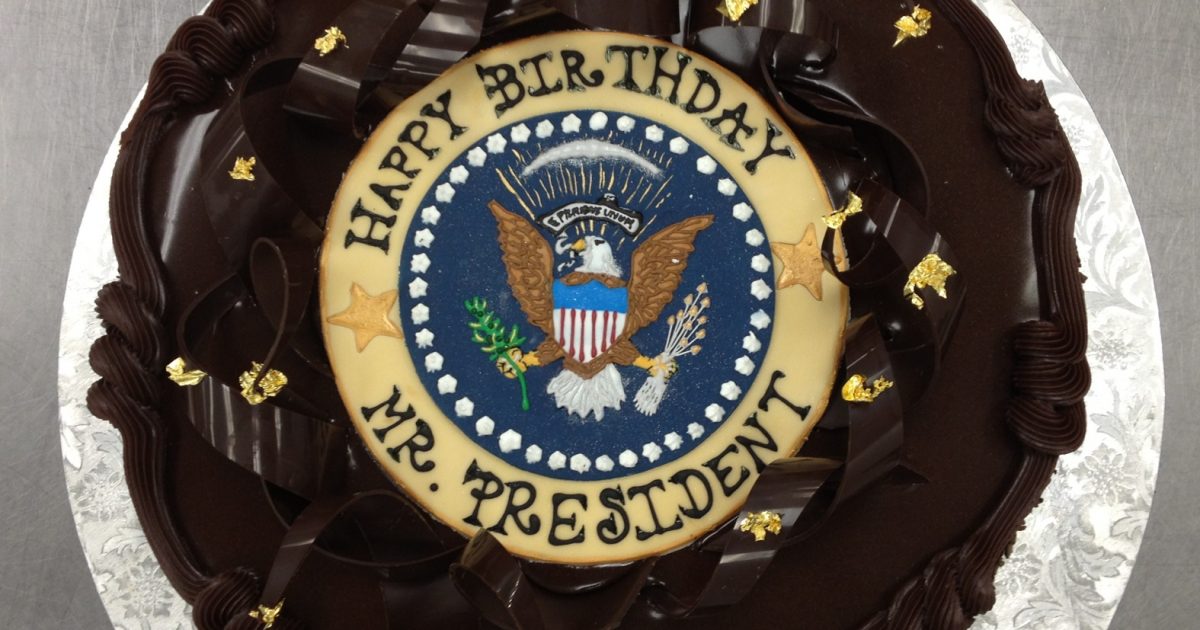 Call Al Sharpton!  Where the heck is Jesse Jackson?  US House Minority Leader Nancy Pelosi has done something that could be considered worse than uttering the dreaded N-word!

This year, five days before President Obama’s birthday on August 4th, that ditzy old woman from San Francisco came up with the idea to surprise President Obama with a birthday cake during his caucus meeting with Congressional Democrats.

In honor of our nation’s first African-American president, Pelosi chose a dark chocolate birthday cake, topped it with the presidential seal and decorated the confectionary wonder with the words “Happy Birthday, Mr. President”

On its face, the idea did seem sweet and thoughtful.  On the other hand, with all the racial symbolism, hoodie-wearing, and Beyoncé and Jay-Z-marching going on, one would think that, at the present time, Ms. Pelosi would have the sensitivity to pick a cake iced with vanilla buttercream, or even a more-appropriate black and white.

By choosing a dark chocolate cake, either Mrs. Pelosi was purposely sending a racially insensitive message to the president, attempting to be witty, or, without thinking about the impact icing color could have on the tenor of the racial debate, was just using the president’s 52nd birthday to satisfy her notorious chocolate addiction.

In the end, icing and racial innuendo aside, the Congressional Democrats should at least be thankful that Nancy Pelosi a.) didn’t have Paula Deen bake the cake and b.) didn’t decide to make Obama’s birthday party extra special by popping out of the cake.

Kevin Jackson - October 24, 2021
Ok Democrats, let's stop playing games. Put Joey Demento out to pasture. Watch this video and tell me why Democrats cheated to get him in...