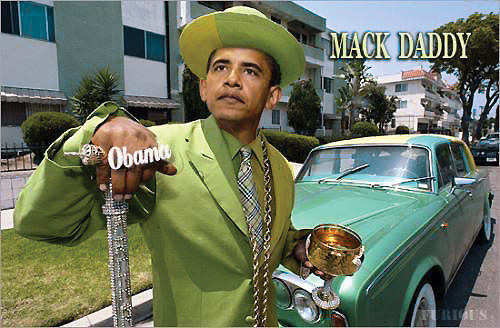 Pimps’ Day Replaces the Anniversary of the March on Washington, by Kevin Jackson

Each year, old-school Democrat pimps roll into Washington DC, acting as if they are paying homage to the anniversary of Martin Luther King’s March on Washington. Nothing could be farther from the truth.

One of America’s best known pimps, Al Sharpton gave a speech and essentially said, though black people are firmly entrenched in all areas of American society and at all economic levels, in the last 50 years black people have accomplished nothing.

The millions of middle-class blacks who daily contribute to the fabric of America and have proven that successful blacks are mainstream, and not anecdotal, mean nothing to Liberals.

Despite the fact that America has more black millionaires in all walks of life than any other country means nothing to Liberals.

America has created more iconic blacks like Oprah Winfrey, Tiger Woods, LeBron James, even the president of the United States.  Black people known all over the world means nothing to Liberals.

I don’t think the average American could name blacks of significance from other countries if you put a gun to their head.

What Sharpton proclaims about America is an insult to black Americans; a slap in the face of black achievement.

However, black Liberals are too stupid to realize that.

Sharpton and his ilk’s race-baiting and poverty-pimping created the very world they espouse for blacks. He has created a culture in the black community that says no matter what opportunities are proven to exist in America, act as if America has done nothing for you.

Black Liberals are happy to oblige.

Sharpton said in his speech that black people need jobs. As if black people can’t CREATE jobs. The “Rev” disregards the evidence of the thousands of black-owned businesses, businesses that are a testament to blacks’ ability to create jobs. What of these black entrepreneurs? Do they not exist? Is the white man keeping them down?

It doesn’t matter to stupid black Liberals that there are hundreds of thousands of black businesses, black entrepreneurs; that doesn’t mean America isn’t racist.

But the radicalization of America doesn’t end with Sharpton.

In memory of his father, Martin Luther King III said that America has made strides. However in the time of a black president, King III laments that American hasn’t gone far enough, and invoked the “stand your ground” law.

What does the “stand your ground” law have to do with civil rights? Is it being applied indiscriminately? Was it implemented to keep black people down? Holy Jim Crow.

King III spoke of Trayvon Martin, proving that he possesses none of his father’s eloquence or intellect.

King III knows that MLK Jr. would have seen Trayvon Martin for what he was…a drug-addicted street thug; because that was the content of Trayvon Martin’s character.

The idea that black Liberals want to make Trayvon Martin a martyr should be an embarrassment to blacks around this country. Black racists, along with their Democrat peers will use the anniversary of the March on Washington or Black History Month to trot out their hapless rubes in order to keep America politically correct.

Sadly, the Republicans will let it happen. It’s bad enough the Democrats have stolen the Republicans’ past. But to allow Democrats to rewrite the meaning of civil rights in America is asinine.

Republicans should have bussed in people with bullhorns to take back their great history of Civil Rights in America. At the very least, Reince Preibus should threaten to bar Republicans from doing interviews with MSNBC, CNN and other lamestream networks, if they don’t at least MENTION the Republicans’ great history of civil rights for blacks.

Yet, year after year, the RNC and most Republicans remain silent on the issue. They relent, allowing the Democrats to whitewash their heinous history of mistreatment of blacks.

Part of me believes Republicans don’t want to fight back, which has people perplexed. And because of this reticence to brawl it out, the cancer of cowardice has spread.

Now, not only does a coalition of blacks set policy for America, but also Latinos, feminists, gays, unions, environmental wackos, the media, Hollyweird, wackademia, the uninformed, the incessantly needy, the chronically unemployed, and now illegal aliens are destroying the American Dream.

As one of my acquaintances put it, Norman Rockwell’s America has ended. The Cocker Spaniel is off the front porch and the Pit Bull is in the back yard…looking for a fight.