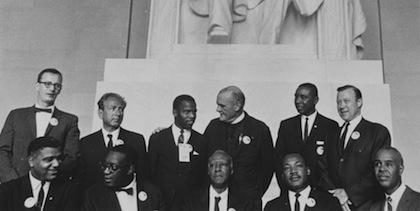 The achievements of the Civil Rights Movement presented young blacks like me with both the right and the responsibility to succeed.

I had graduated from high school and looking forward to starting at Morehouse College in the fall of 1963 – 50 years ago – when the famous March on Washington was held. I remember seeing the massive crowd of mostly black people on TV cascading from the Lincoln Monument.

I listened to some of the speeches given that day, but everybody listened to Dr. Martin Luther King’s “I Have a Dream” speech. Only the coldest of hearts or a dead person would not have been inspired.

I must admit that as a soon-to-be college freshman, I was not convinced that any tangible results would happen following the March. Although the passage of the Civil Rights Act of 1964 and the Voting Rights Act of 1965 were historic, I did not fully realize how their impact on Blacks and all of America would unfold…