It looks as if Michelle Obama’s lunch bag is about to be replaced by a barf bag.  At least that’s what some parents say is needed to accommodate the First Lady’s healthy lunch program.

The government once gave tater tots, pizza, and peanut butter cookies.  Now the government has taken those choices away and replaced them with choices and portions that have school children on the verge of hurling.

For a while now, students have been filling up the trash cans in cafeterias with Michelle’s healthy lunch choices.  The kiddies claim they are starving.  Burly football players were close to fainting at after-school practice sessions.

This whole mess started when Michelle Obama, in an effort to address the increasing BMIs of America’s children, dipped her big toe into the school lunch program debate.  While there, Mrs. Obama wiggled herself into the position of decision maker, dictating what and how much America’s school children get to eat.

Now, in Harlan County School District in Kentucky, in response to parental, administrative, and student dissatisfaction, a special board meeting was held where participants voiced their complaints about the “quality and amount” of food served to children at school.

Jack Miniard, director of school and community nutrition, said the new Michelle Obama-directed USDA regulations under the 2010 Healthy Hunger-Free Kids Act prescribe foods the kids would rather not be eating, as well as unsatisfactory portion sizes.

The new guidelines mandate that meat or protein be limited to one serving. If students want an additional serving of meat or protein, they have to purchase the meat or protein with their own money, or the money the government pays their parents in unemployment checks.

As for limiting carbohydrates or starch-based foods, didn’t America just watch Barack Obama, while vacationing in Martha’s Vineyard, drag home bags full of fried oysters and shrimp for lunch? Yeah, they did.  Meanwhile, in school cafeterias across America, workers are gearing up to measure out 3/4ths of a cup of an Michelle Obama favorite: French fries.

As for eating cardboard consistency brown wheat bread, students would rather starve.  About the bread, Mr. Miniard said, “It’s strange and different for them, so they don’t like it.” 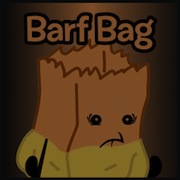 One “strange and different” thing is that meat and carbohydrates are severely limited. The problem with that is that protein and carbohydrates keep you full longer and give you energy.  That’s why students are weak, hungry and begging for foods they like in portions that satisfy hunger and help them focus on schoolwork and sports.

The government-subsidized upside is that kids can have as much as they want of the fruits and vegetables that they don’t want.

At the board meeting, frustrated parents shouted to the board, “Kids can’t learn when they’re hungry!”

Earth to parents!  As long as Michelle Obama is well-fed, that’s all that matters.

As for the new milk choices, board member Myra Mosley shared the children’s blunt assessment with the group, saying, “They say it tastes like vomit.”

So the verdict is in:  Michelle Obama’s involvement in the school lunch program requires a barf bag.