In a pathetic attempt to surpass the shock value of the most predictable Queen of Smut, Lady Gaga, Cyrus failed miserably.

Suddenly, her provocative performance on Barclays Center stage, designed to capture the Monday morning headlines, became a secondary story to the real story: the reactions of Cyrus’ fellow performers.

As Cyrus frolicked on stage, simulating sexual acts and crazily flailing her tongue to the welcoming cheers and claps of mindless fans, one might surmise that much of America has lost all sense of propriety.

However, the classic picture-perfect reaction of the popular Smith family captured in an AP photo reminds us parents that it’s OK to be shocked, disappointed, and in the case of patriarch Will Smith, utterly befuddled by brazen crudeness on full display.

And on this morning after, as the media recaps last night’s awards show, viewers’ disgusted reactions to Cyrus’ performance have become the main headline. 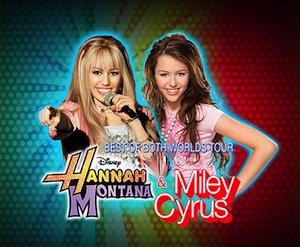 Miley Cyrus, at one time practically a near-Disney princess herself, launched Disney comedies into mainstream.

Eight years ago, it was nearly impossible to find a young girl who didn’t own a Hannah Montana shirt.

But now, as these girls have grown up, and so too has Cyrus, she is testing the limits of television’s parental censorship with her crass performance and bringing the state of “quality entertainment” down several notches.

Cyrus’ sexed-up, gesture-filled choreography made Lady Gaga’s raw meat performance look like a church worship service, while providing a glaring example of how so many performers rely on all-out raunch as a substitute for real talent.

Her performance also made me want to throw my Pittsburgh Steeler’s foam finger in the trash. Gross.

Perhaps MTV should invite Will and Jada Smith to join their approval board before broadcasting next year’s awards show.

So today as viewers across the country try to “unsee” Miley Cyrus’s horrific Teddy Bear slut fest, and the entertainment media try to spin her act as art, parents are once again reminded not to trust the television viewer rating and more importantly to never let our children go into show business. Poor Billy Ray. 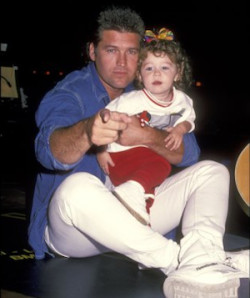