After all, liberals do have some standards.

Even so, Chancey Allen Luna, 16, and James Francis Edwards Jr., 15, didn’t get that message.  They were bored.  Now both teens are charged with fatally shooting 22-year-old Australian baseball player, Chris Lane, who was merely jogging in Duncan, Oklahoma.

A third youth, Michael Dewayne Jones, 17, was “charged with using a vehicle in the discharge of a weapon and with accessory to first-degree murder after the fact.”

On the way to the police station, one of the accused “danced and laughed” about it.  A shocked district attorney named Jason Hicks said 15-year-old Edwards thought that even though an innocent man was lying on a slab in the morgue, the murder was “funny” and viewed shooting a defenseless man in the back as a “joke.”

Clearly, the liberal philosophy that human life is expendable is so ingrained in American society that, sorta’ like those grinning pro-choice women proudly modeling “I had an abortion” T-shirts, to some, murder is a joke.

Hicks claimed Edwards behaved in a “cold, callous” manner, and that this was his “demeanor …throughout the course of the investigation.”

Mr. Hicks needs to calm down and view this situation like a liberal!

Chris Lane was simply a person that three guys decided did not have the right to life. In Chris’s case, he wasn’t in the womb per se; however, although he thought he was safe, he wasn’t.

From the hooligans’ standpoint, Chris had the unfortunate malady of being white which, based on the individual opinions of some, rendered Lane unworthy of life.

This leaves some to wonder how killing Chris Lane is different than what right-to-choose advocates say about women deserving unrestricted access to abortion until the ninth month, and even after a screwed-up abortion if the pesky kid has the nerve to be born alive. 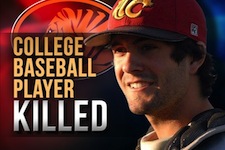 Exercising the right to choose is now deeply ingrained in the fabric of American society; it’s viewed as a right to privacy.  In this particular case, the murder was done in the privacy of a dirt road where no one could see.

So again, congratulations to the liberal community for continuing to insist that abortion is necessary to prevent what Nancy Pelosi warns would cause women to “die on the floor.”

And a shout out to pro-choice heroes like Barack Obama for molding a society so bereft of respect for life, that an innocent person like Chris Lane was slaughtered in cold blood, as will many more like him.

Nancy, they will be the ones really “dying on the floor.”

Kevin Jackson - May 12, 2021
Parts of New York City may be safe again. All because Mayor Bill de Blasio was forced to backtrack on a commitment he made...

Psaki Announces Plans to Step Down