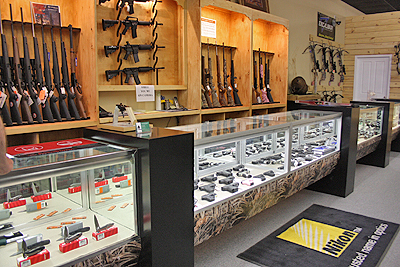 Amid all the posturing and clamoring of the Left for ever more gun control, Virginia crime stats speak volumes.

“It’s a quite interesting trend given the current rhetoric about strengthening gun laws and the presumed effect it would have on violent crimes,” Baker told the newspaper.

“While you can’t conclude from this that tougher laws wouldn’t reduce crime even more, it really makes you question if making it harder for law-abiding people to buy a gun would have any effect on crime.”

Professor Baker had analyzed 6 years of gun purchasing data and compared it to the crime rates for each of those years. Now that the numbers for 2012 have been added to the study, the trend continues:  gun sales are directly proportionate to falling crime.

Philip Van Cleave, one of Virginia’s most outspoken gun-rights supporters, said the Virginia data show that the growing number of firearms in the hands of law-abiding citizens is “irrelevant to crime” and may actually help to lower it.

“We had a big spike in guns, and the vast majority of those extra guns are going to decent people,” said Van Cleave, president of the Virginia Citizens Defense League. “That’s not going to affect crime and, in fact, all those extra guns can actually work to lower crime because those are going into the hands of (concealed) permit holders or people using them to defend their homes.”

Although some guns are still ending up in the wrong hands, Van Cleave believes the decrease in gun-related crime could be related to police doing a better job of getting gun-toting criminals off the streets and an increased fear among criminals that those they victimize could be legally armed.

“Criminals don’t want to get shot by law-abiding citizens that they don’t know has a gun when they try to attack them,” Van Cleave said. “It’s a very tricky situation for a criminal, because if you attack somebody with a gun, that’s a very personal thing you’ve done to them. So the criminal not knowing how the person is going to react actually works in our favor.”

These numbers certainly reinforce the common knowledge that cities with the strictest gun laws, such as Chicago, are also the cities with the highest murder and crime rates.

In Virginia, the news is good for everyone except violent crime perps and gun-grabbers.