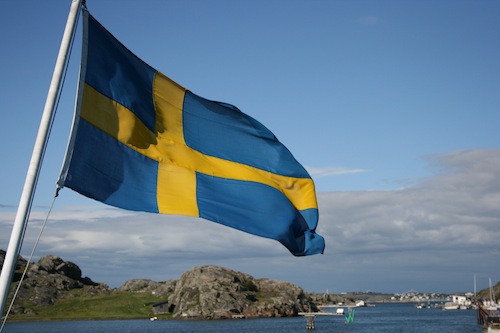 However, he chose to cancel a scheduled one-on-one meeting with Vladimir Putin.

His dander is raised by disagreements between the two concerning Russia granting temporary asylum to NSA leaker Edward Snowden, the civil war in Syria, ballistic missile defense, and the one thing that really sticks in Obama’s craw: Russian anti-gay rights policy.

So, instead of “holding a U.S.-Russia Summit in early September,” Obama chose to seek an antidote to heartless, homophobic Russia in a country with people who claim to be some of the “happiest” and pro-gay on the planet. That country is the socialist entitlement utopia called Sweden.

Per Bylund is an economist and senior fellow at the Ludwig von Mises Institutet i Sverige, a “research and educational center of classical liberalism, libertarian political theory, and the Austrian School of economics,” and a student of Swedish socialism.

It turns out that Obama’s antidote is toxic. In an article entitled How the Welfare State Corrupted Sweden, Bylund articulated perfectly…