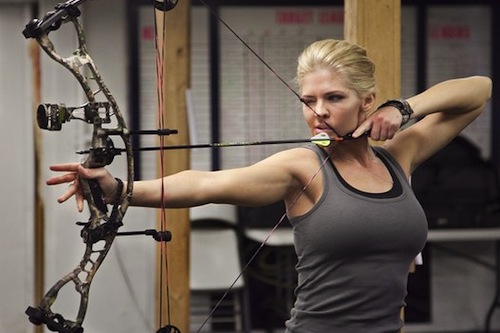 “The job of Miss America requires the same traits as being a good soldier: being a hard worker, having personal sacrifice, being a selfless servant.”

Although considered a “beauty competition,” the Miss America pageant has had a deeper intention since 1938:

“Miss America represents the highest ideals. She is a real combination of beauty, grace, and intelligence, artistic and refined. She is a type which the American Girl might well emulate.”

Those words were spoken by Atlantic City Chamber of Commerce President Frederick Hickman more than 75 years ago, and they still ring true today. Miss America is a role model to young and old alike, and a spokesperson, using her title to educate millions of Americans on an issue of importance to herself and society at large.

Over the years, Miss America has been intent on making a difference in people’s lives through her charitable and community endeavors. Jean Bartel, Miss America 1943, went so far as to use her celebrity in the war effort. She was credited with selling more Series E war bonds than anyone else in the United States – $2.5 million worth of them.

Miss Kansas Theresa Vail says she wants to break the stereotype that women with visible tattoos don’t compete in pageants.

So during the swimsuit portion of the Miss America competition on Tuesday, Vail revealed two tattoos — the Serenity Prayer on her right side and the insignia of the U.S. Army Dental Corps on her left shoulder.

But that’s not the only stereotype Sgt. Vail will be targeting. The Star continues:

Vail, who is a 22-year-old student at Kansas State, is a member of the Kansas Army National Guard’s Medical Detachment, an avid bowhunter and an expert marksman.

“I was growing up amidst the bullying and neglect, I found myself asking God on a daily basis to give me peace in knowing I cannot change certain things about myself, but also asking Him to give me the strength to change things that I had the power to. Praying to Him for these characteristics got me through my adolescent years, high school and boot camp. When I was 20 years old, I knew I wanted to always be reminded of my past and its connection to this prayer. Thus, I chose to have it tattooed onto my body. I have no regrets,” the blog explains.

Her second tattoo, on her shoulder, relates to her military service.

“The second is the military medical insignia. Though much smaller than the prayer, the significance is just as great. Since I was a child, God placed a strong passion for service into my heart. Service to my Country, and service to people through medicine. In the middle of this symbol is the letter ‘D’ to represent my dad, whose influence was paramount in choosing this career path,” she wrote.

This Sunday, September 15 at 9 PM ET on ABC, people around the nation will tune to watch beauties from every state in America strut their stuff. But know this, these young women have more going for them than just smoking hot swimsuit bods: they have talent and great aspirations and razor-sharp minds.

And one young contestant has finely-honed bow-huntress skills and an abiding love for America and the Armed Forces. 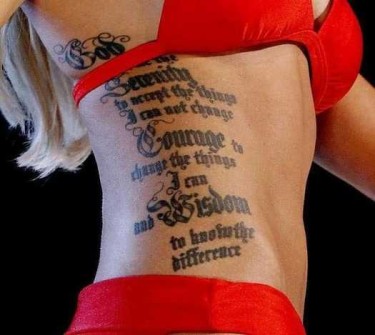