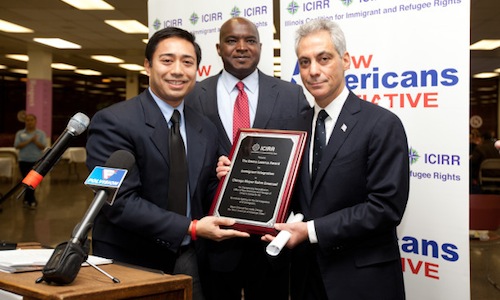 Urban indoctrination centers are always fighting for distinctions, and Chicago has a new feather in its cap.

Despite the disappointment of losing the Olympics, particularly after having the black triumvirate of Barack, Oprah, and Michelle all vying to get the five rings ceremony, nothing would stop Chicago from this watershed achievement.

Chicago is now the “Murder Capital of America!”

Rahm Emanuel and all the liberals before him should be proud of themselves. And though they won’t brag themselves, I will brag for them. Most of the murders happening in Chicago are happening to black people, something Democrats, aka eugenicists have been trying to achieve for over a century.

But there’s more! Most of the murders in Chicago are blacks killing other blacks!

And here they gave Hillary Clinton the Margaret Sanger Award. Surely they can find a way to give this award to some black Liberal in the next ceremony?