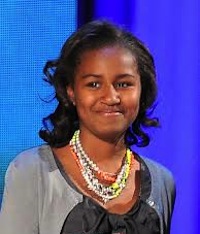 Like Evel Knievel, Obama is preparing to do a daredevil jump that has the potential to throw world stability over the edge.

When he gets a bee in his bonnet, nothing can stop Barack Obama. It’s FORWARD no matter what. Currently, the war hawk president is determined to exhibit his unmatched ability to stubbornly disregard advice to exercise caution, and risks bringing the world to the brink of war.

Despite no one being entirely sure how they died, America’s president is determined to prove a point by avenging the deaths of Syrian children gassed to death by God knows whom.

Meanwhile, on the southern border of the nation he is supposed to be focused on, US officials and national security experts claim Iran is busy amassing an “invisible army” of terrorists whose assignment is to infiltrate the US through what Iran calls the “soft belly” of the southern border.

Iran’s goal is to inflict the same sort of devastation on Americans as the gassing Obama is responding to over in Syria.

In the process, Barack Obama seems determined to discount Congress, world opinion, and once again the nearly unanimous will of the American people.

As the haughty one ignores Russia and threatens to refuse to wait for the UN investigators to report on what happened in Damascus, he’s instigating our enemies and placing our ally Israel in a precarious position by imposing Saul Alinsky-like tactics on Syria.

Meanwhile Iran, by way of Islamoriente.com, is busily proselytizing converts who, in response to Obama’s jackassery, will gladly inflict murder and mayhem on American citizens anywhere and everywhere.

The truth is, Obama doesn’t care about what ramifications befall the American people as a result of his pointless bluster.  He’s already proven with Obamacare that his personal opinion will prevail despite all opposition.

Barack Obama’s motto is: ‘my will is to be done on earth as it is in my obstinate mind.’

So, as the president is busy calculating how to save face on the world stage, our southern border remains a “soft belly,” and Americans remain sitting ducks as Iran utilizes an advantage provided by the man inexplicably seeking to protect Syria.

Does Barack Obama fail to see how defending DREAMers, pushing for amnesty, and ignoring the daily influx of illegals from points unknown is a natural security threat?

On the domestic front, Iran’s Ayatollah laughs as he threatens America with illegal Hispanic converts whose goal is to defend radical Islam by killing the very Americans providing them with health care, Social Security, food stamps, college tuition, and welfare.

And as reluctant Americans balk at Obama’s plans to impose 30 million illegal immigrants on our nation, Iran, the country training the soldiers of Allah infiltrating our southern border, has not been silent about plans to retaliate if Barack Obama is “pigheaded enough” to attack Syria.

Alireza Forghani, the former governor of southern Iran’s Kish Province, had this to say: “Hopefully Obama will be pigheaded enough to attack Syria, and then we will see the … loss of U.S. interests [through terrorist attacks].”

As Barack Obama doggedly insists on granting work permits to and halting the deportation of certain illegal immigrants, Forghani warns that:

“In just 21 hours [after the attack on Syria], a family member of every U.S. minister [department secretary], U.S. ambassadors, U.S. military commanders around the world will be abducted. And then 18 hours later, videos of their amputation will be spread [around the world].”

Think of it as hardworking illegals doing the work Americans won’t do.

In the interim, Evel Knievel Obama may be revving his engines and anticipating worldwide applause after his big Syrian jump.  However, this is a serious game, and in the most chilling of all statements, the Iranians boldly threatened to dispatch “bastards” to “assault” Obama’s young daughter Sasha, a name the president shouldn’t even want to cross the lips of radical terrorists.

That unsettling statement was conveyed in both English and Farsi.

The Farsi version clearly stated, “Sasha will be raped by someone who has been able to get close to the Obama family.”

According Jim Phillips, a senior research fellow at the Heritage Foundation and expert in Iranian affairs, “Iran’s emphasis on Hispanic converts is something new.”  Phillips points out that in the past, “U.S. intelligence focused on Iran’s relationship with Hezbollah but now with the people they are recruiting it could be much more difficult to gauge who is infiltrating the U.S.”

And in the case of the threat against Sasha, it’s possible the president’s inner circle has been already infiltrated.

In fact, while targeting the Second Amendment rights of Americans, Eric Holder and Barack Obama may very well have inadvertently armed Iran’s Latin American converts with “Fast and Furious” weaponry they can use to terrorize Americans, as it is already known that groups like Hezbollah have already gained entry into the US by way of the same narcotics routes used by the cartels.

According to one U.S. official, as Barack Obama and the party he represents continue to ignore the dire peril on the southern border, Iran is organizing a “proxy terrorist group that can easily slip past U.S. border security.”

Not only that, but as Obama defends illegals and portrays them as innocent individuals looking to make a better life for themselves and their children, Americans have now been conditioned to avoid discriminatory speculation that an “illegal immigrant from Venezuela, Mexico, or anywhere else for that matter, [is] a jihadist.”

That’s why, if the reports of Iranian terror activity in Latin America are true, then it’s quite possible the Ayatollah already has access to radicalized illegals here in America who are more than willing to do Iran’s dirty work.

How ironic that radicals who were welcomed with open arms by a president with a political agenda are now not only threatening America, but Obama’s own daughter.