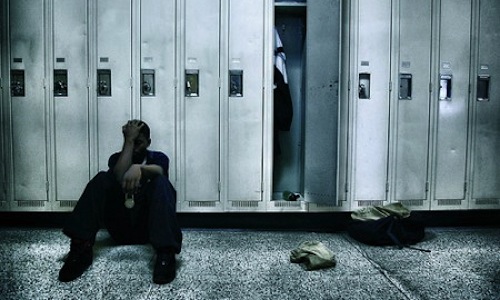 Across America, many urban school districts are on life support, and in some places, the plug is ready to be pulled.

This dire reality is routinely discussed, but missing from the conversation is the ever-growing dropout rate in inner-city schools. No, not the student dropout rate, but that of teachers. The teachers’ dropout rate is a result of burnout after their ambition is crushed by a climate of cultural adversity.

In other words, their ‘save the kids’ optimism dissolved into a ‘run from the kids’ reality.

According to the National Commission to Teach America’s Future (NCTAF):

NCTAF’s findings are a clear indication that America’s teacher dropout problem is spiraling out of control. Teacher attrition has grown by 50 percent over the past fifteen years. The national teacher turnover rate has risen to 16.8 percent. In Urban schools it is over 20 percent, and, in some districts, the teacher dropout rate is actually higher than the student dropout rate.

With the implementation of the No Child Left Behind Act, teachers’ pay and job security are tied to the results of their students’ standardized reading/math test scores. Subsequently, teachers at low performing schools are unrealistically expected to squeeze orange juice from apples, which has led to unprecedented levels of cheating by those teachers who didn’t jump ship.

Within St. Louis, Missouri’s school district, the teacher dropout rate has created more teacher vacancies than applicants. In fact, St. Louis’ public schools have seen more than fifty teachers quit in the past 10 weeks, according to the St. Louis Post-Dispatch, with half of those resignations coming after the first school day.

Kindergarten teacher, Laura Sahaida, lasted longer than a day, but less than a week.

Laura Sahaida knew teaching kindergarten at a low-performing elementary school in the city would be a tough job — but not like this. Just six days after she started at Ashland Elementary this school year, she decided to resign. She was leaving each day feeling defeated.

She had no teacher’s aide.  She couldn’t control her classroom of 21 kindergartners, most of whom had not attended preschool.” Sahaida explained, “I had lessons planned for teaching them the routines and procedures.  But I couldn’t get the class to sit still for five minutes.”

Wow, a certified teacher’s exodus was triggered after working just six days with urban kindergarteners. I wonder how long it would’ve taken the school’s first graders to send her packing. My guess is six hours instead of six days.