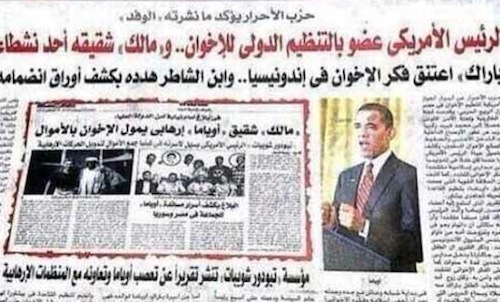 At what point do you just admit that Barack Obama is more interested in Islam than Christianity?

As we speak, 2K Syrian refugees are being admitted into the U.S. and given political asylum and I don’t recall the same being offered to Egyptian (Coptic) Christians or even an attempt to stop the Muslim Brotherhood there from burning churches, raping nuns and committing genocide against Christians after the coup, which was not a coup according to the White House.

And why would Obama lift a finger to help Christians around the world while sending billions in aid and military supplies to The Muslim Brotherhood? Are there Christians running around the Oval Office reminding him of his duty to his self-proclaimed religious affiliation?

Not that I’m aware of – but I do know that a fellow named Mohamed Magid, who is the president of a group calling themselves the; “ISNA,” is consulting with the White House as well as working with Homeland Security in their dealings with ‘extremism’.