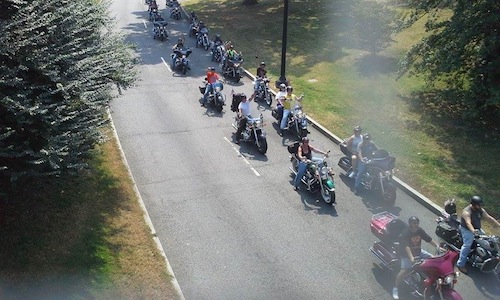 It’s bad enough that the so-called “Million Muslim March” is going on today with the full approval of our government (no surprise there).

But now I wake up to this headline: “FIRST ARRIVALS OF BIKERS IN AND AROUND DC ARE BEING TARGETED BY FEDERAL AGENTS IN FULL TACTICAL GEAR PERFORMING CONTACT SWEEPS IN CAMPGROUNDS FOR WEAPONS”

Bikers across America are traveling to DC to protest against Socialism in our government and not only are they denied a permit for a parade route and rally, they’re being harassed?

Well here’s what I have to say about the friendly Muslims whose feelings are hurt: 9-11 has become a sacred day to Americans, the memory of those attacks are very fresh in our minds. When members of the same group who hijacked planes and murdered thousands of innocent men, women and children pull a stunt like this – they don’t help themselves in softening the anger and resentment Americans naturally feel.