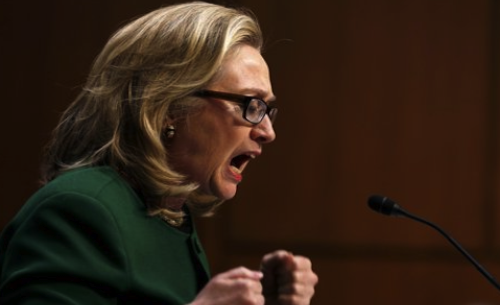 For the last 20-plus years, Hillary Clinton has been champing at the bit to assume the position of first female president of the most powerful nation in the history of the world.

Let’s face it – Ms. Rodham has more than proven that she thinks very highly of herself and is of the opinion that she’s smarter and more qualified than any man, including her philandering husband, to run the United States of America. Every breath she’s taken and every move she’s made has been with her eye on the prize.

It’s likely that: while other women dream of commonplace things, Hillary fantasizes about putting her hand on the Bible on a cold windy day in January 2017 and swearing to uphold the Constitution, knowing that she won’t.

As she inches closer and closer to her lifelong dream, Mrs. Clinton probably thinks that having her as president is so appealing to most people that any mistakes she’s made, from the decades-old Whitewater scandal to her culpability in the deaths of four Americans in Benghazi…