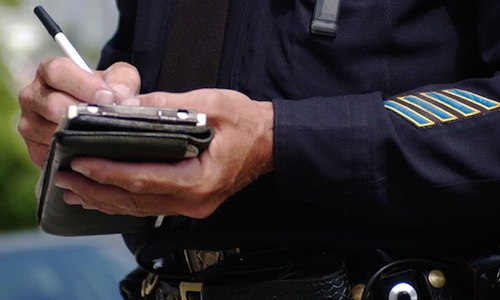 It should come as no surprise that legislators don’t want to pay their traffic tickets, would prefer to be exempt. Accountability when breaking the law is only for the taxpayers, not representatives.

What might surprise you is that this is happening in very Liberal Washington state. The Liberal state where Liberal politicians claim to represent said Liberals. I thought Liberals are all kumbaya — all for one and one for all. Apparently not.

The reason given goes back to the Motherland…the white Motherland of Britain. The country upon which our laws of jurisprudence were built and whose political system serves as the basis of our own, including the crafting of our Constitution, is now giving us this reason to let politicians break the very laws that they set.

According to this report, Washington State Police spokesman Bob Calkins told the paper, “Washington lawmakers are constitutionally protected from receiving noncriminal traffic tickets during a legislative session, as well as 15 days before.”

There were European despots who our framers could see trumping up charges against political rivals, and having them arrested on the way to Parliament so they wouldn’t be there to vote. So they put really in the fine print of the constitution this prohibition on impeding legislators on their way to session.

Here’s a suggestion: Get to work ON TIME!

Is it ok if a politician runs over a pedestrian on his way to a vote? Let’s let them off for manslaughter!

If a politician misses a vote, then he should be held responsible, perhaps fired.

We live in a time when politicians can be drug addicts, drunks, and participate in criminal activities and still hold office. In the case of Jesse Jackson Jr, he actually continued to draw his salary after failing to report to work, and then being convicted of a crime. Don’t you try that!